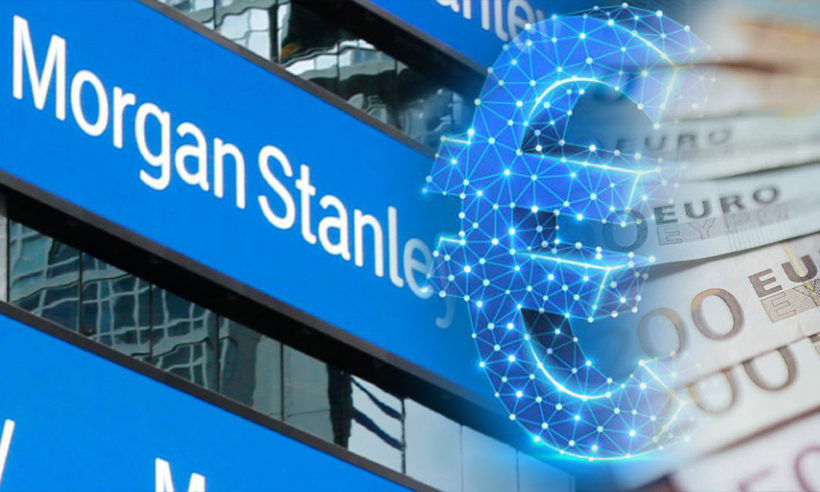 Leading global investment bank Morgan Stanley reported that a digital euro could wipe out 8% of customer deposits from eurozone banks. According to the institution’s analysts, this share could be higher in smaller countries like Greece, Latvia, Lithuania, and Estonia.

The American financial services company based its findings on a “bear case” scenario, where all investors above the age of 15 years transferred 3,000 euros(equivalent to $3,600) into a digital wallet authorized by the European Central Bank(ECB). Previously, ECB executive board member Fabio Panetta had discussed the same amount regarding a theoretical limit on digital currency holdings by residents.

According to Morgan Stanley if a “bear case” scenario materializes, it “could theoretically reduce euro area total deposits, defined as households’ and non-financial corporations’ deposits, by 873 billion euros, or 8%.”

In addition to this, Morgan Stanley highlighted that the impact of this transition would be more pronounced in smaller countries such as Greece, Latvia, Lithuania, and Estonia. The amount of 3000 euros translates to 22%-51% of household deposits and 17%-30% of the total deposits in these countries.

Digital Euro Adoption Could Lead to Reduced Liquidity for Banks

The investment bank also found that digital euro adoption could lead to a small spike in the average loan-to-deposit ratio(LDR), leaving banks with insufficient liquidity to cover any possible funding requirements. Analysts at Morgan Stanley estimated that the average LDR could rise from 97% to 105% without the banks noticing the effects.

ECB is currently studying the potential implications of a central bank digital currency(CBDC) in connection with the threat to bank deposits. A common argument against digital currency is that it might diminish a bank’s lending abilities if consumers opt to use it for everyday transactions.

The Bank of England is also considering digital currencies or a CBDC at the moment. In a paper on new forms of digital money, the bank stressed the need for financial institutions to adapt their balance sheets “to maintain their current liquidity ratios.”

READ  Has XRP surged enough? Should we expect a drop to $0.14 and $0.11?
#Digital Euro #European Central Bank #Morgan Stanley