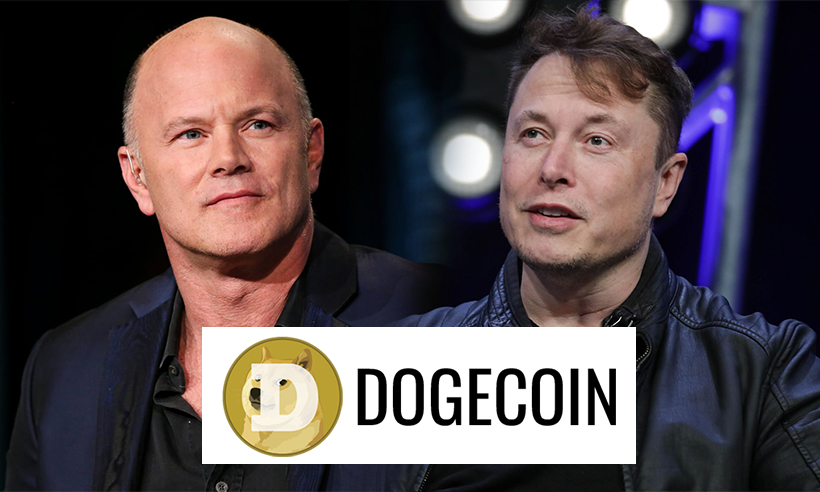 DOGE $80 Billion Rally is Not Only Because of Musk and Cuban, Said Novogratz

Mike Novogratz appeared on Bloomberg TV to share his views on the $80 billion rally of DOGE, the meme cryptocurrency. The interview was followed by the latest purchase of crypto custodian BitGo on Wednesday.

Novogratz mentioned the statements of Elon Musk and Mark Cuban, according to whom there is far more to the meme-coin surge than just those two influencers. He believes that Dogecoin is very dangerous in terms of Volatility as the prices can go up and down very easily.

According to Mike Novogratz,

“The main driver for the Dogecoin rally is the retail funds of millennials and gen Z, who feel nihilistic about the current crisis in the global financial system and are seeking any suitable store of value.”

For this reason, Novogratz said,

“Equities are going up and real estate prices in some regions are surging, as are baseball cards and other collectibles (in which non-fungible tokens stand as a separate wave).”

A word of warning came from Novo that provoke the fact that,

“Triggers that are making equities go up are also pushing cryptocurrencies to the North.”

“Although DOGE is going up, along with BCH, ETC, and LINK, the crypto industry is not a bubble.” He expects that the prices of these coins can go up and down with a small influence.

The major reason behind this volatile behavior of Dogecoin is the lack of development that is going on in the crypto ecosystem. The absence of institutional money into the crypto made Novogratz say “This is a retail frenzy.”