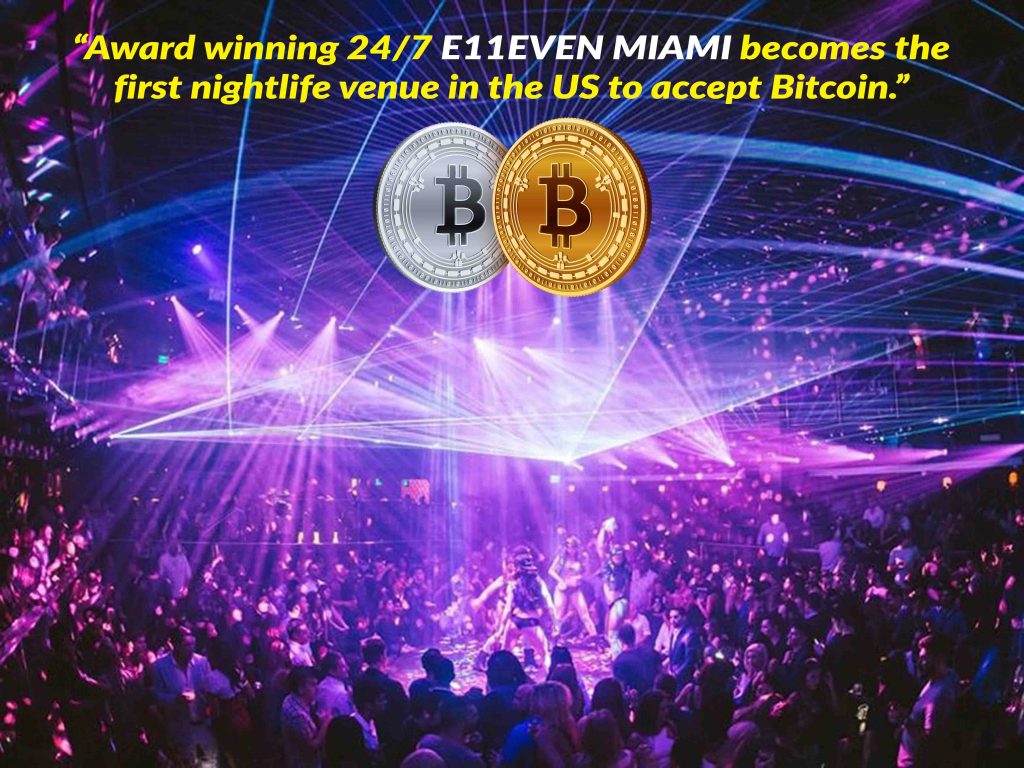 The award-winning 24/7 ultra club E11EVEN MIAMI, located in Downtown Miami, has recently made an announcement revealing that they’ll now accept Bitcoin. In accordance with the recent revelations, the nightclub will be accepting cryptocurrency as a form of payment.

E11EVEN MIAMI to be The First Nightclub to Accept Bitcoin

Well, according to the latest announcement, people are now allowed to pay for drinks, tables, and merchandise with cryptocurrency.

This decision of offering the guests the choice of paying with Bitcoin is true evidence of the E11EVEN Partners hospitality group constantly finding new ways to lead the industry.

Dennis DeGori, the Creator and CEO of E11EVEN MIAMI said:

“With the tremendous growth & relevancy of Cryptocurrency coupled with Mayor Francis Suarez leading the charge for Miami’s tech boom, we felt it made sense to introduce Cryptocurrency as an option to our guests to pay for their night out.”

“E11EVEN is dedicated to always staying ahead of the curve, and we believe Cryptocurrency is here to stay.”

In a quest to find methods to raise the guest experience, E11EVEN MIAMI has reportedly entered a partnership with one of the largest crypto processing companies.

They have done so to execute a system to process crypto purchases using BTC, Doge, XRP, BCH, and many more.

“Bringing services and amenities that cater to our cutting-edge clientele is of uber importance (to us), and we’re seeing an increasing trend of clients wanting to use their Cryptocurrency as a form of payment.”

“We believe nightclubs allowing Bitcoin as payment will soon become a nightlife industry norm, and we’re excited to be the ones paving the way.”

Since the inauguration of the nightclub back in the year 2014, E11EVEN MIAMI has propelled the South Florida nightlife scene to impeccable new heights.

Moreover, it should be noted that the landmark destination has managed to develop itself as the highest-grossing nightlife venue per square foot.

This internationally further balanced its presence as one of the most sought-after clubs in the world.