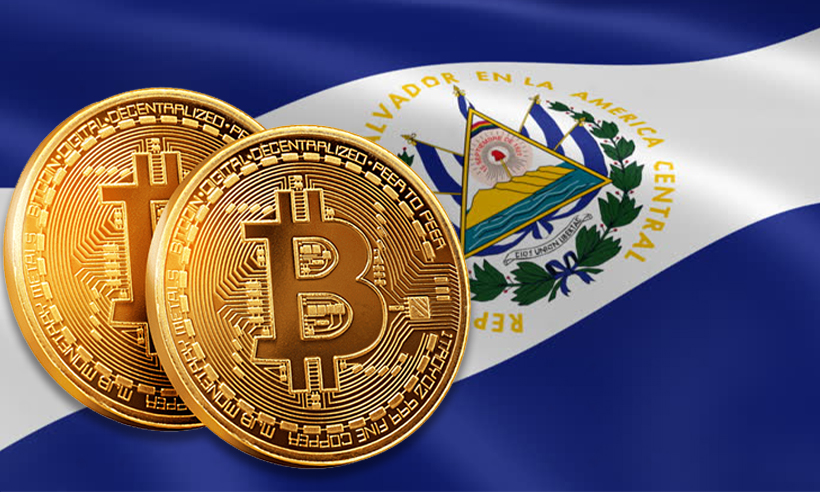 El Salvador will airdrop Bitcoin worth $30 for all its adult citizens, according to President Nayib Bukele’s announcement.

In a televised address, Bukele introduced a Bitcoin wallet named Chivo(slang for the word cool in Spanish), which can be used to claim this gift upon registration.

Residents in El Salvador Can Participate in Bitcoin Airdrop With Chivo

Available on both Android and iOs devices, Chivo will require citizens to register with their DUIs (Salvadoran IDs) and phone numbers. Once registration is confirmed, users can claim the $30 Bitcoin giveaway instantly.

Chivo will also help users to convert their Bitcoin holdings into U.S dollars. Additionally, it is capable of running without a cell connection, which means users won’t need a cell plan to fuel the application’s data needs.

To make payments and transfer money, the app will leverage QR code technology. It will also enable users to deal in Bitcoin directly by giving them buying and selling options for it.

The application is another step towards boosting the adoption of Bitcoin in the country. El Salvador passed the Bitcoin law with a supermajority on June 8, and it is supposed to come into effect in September.

Salvadoran President Bukele Refuses to Back Down on Bitcoin

Salvadoran president Nayib Bukele appeared on a podcast recently, where he said that nothing can stop the widespread adoption of the primary cryptocurrency in his country. Bukele stated, “I don’t see anything stopping it. Everything about humans can be stopped. But I just don’t see how. It’s law, the government is working 24/7 in going to effect in 80 days.”

El Salvador’s landmark Bitcoin legislation has found itself at the center of anticipation as well as controversy. While Bitcoin maximalists are excited about the decision, officials at the IMF and the World Bank have expressed their skepticism.

The International Monetary Fund (IMF) has raised doubts about the country’s Bitcoin push and suggested that it could interfere with the ongoing negotiations for a $1 billion loan.

Following the legalization of Bitcoin in El Salvador, which gave the digital asset the same status as the country’s original currency, the U.S. dollar, the Salvadoran finance minister reached out to the World Bank. The minister requested the institution to help the country with the technical implementation of its plans. However, the World Bank denied that request while citing Bitcoin-related environmental and transparency issues.

Bukele Is Unaffected by IMF and World Bank Snubs

In president Bukele’s view, the implementation of Bitcoin in El Salvador is almost unstoppable.

During an interview, the populist leader asserted the importance of a supermajority which paved the way for this legislation, and said, “Our Congress has 84 seats, you only need 43 to change monetary policy, which is half plus one. That’s the majority, right? When we have a supermajority here, you need two-thirds, which would be 56 out of 84. We got 63 votes.”

With that, El Salvador is also developing plans to build infrastructure that supports a crypto-based ecosystem and create hubs for blockchain developers and businesses.

The president also suggested that the country was working on further measures that will “protect the decision”, but avoided going into details on the subject.

As far as the IMF and the World Bank are concerned, Bukele seemed unaffected by their lukewarm responses and said that he has no intentions of fighting them. Furthermore, he indicated that El Salvador will move forward with its decision and the reactions from these institutions will not change that.