EOS Technical Analysis: Trading at the Fibonacci Pivot Point of $4.23

Generally speaking, the project has a straightforward goal: making blockchain technology as accessible as possible to programmers - making sure that the network is easier to use than competitors. Developers who wish to build apps quickly are provided with tools and a variety of educational resources to support them. Let us look at the technical analysis of EOS. 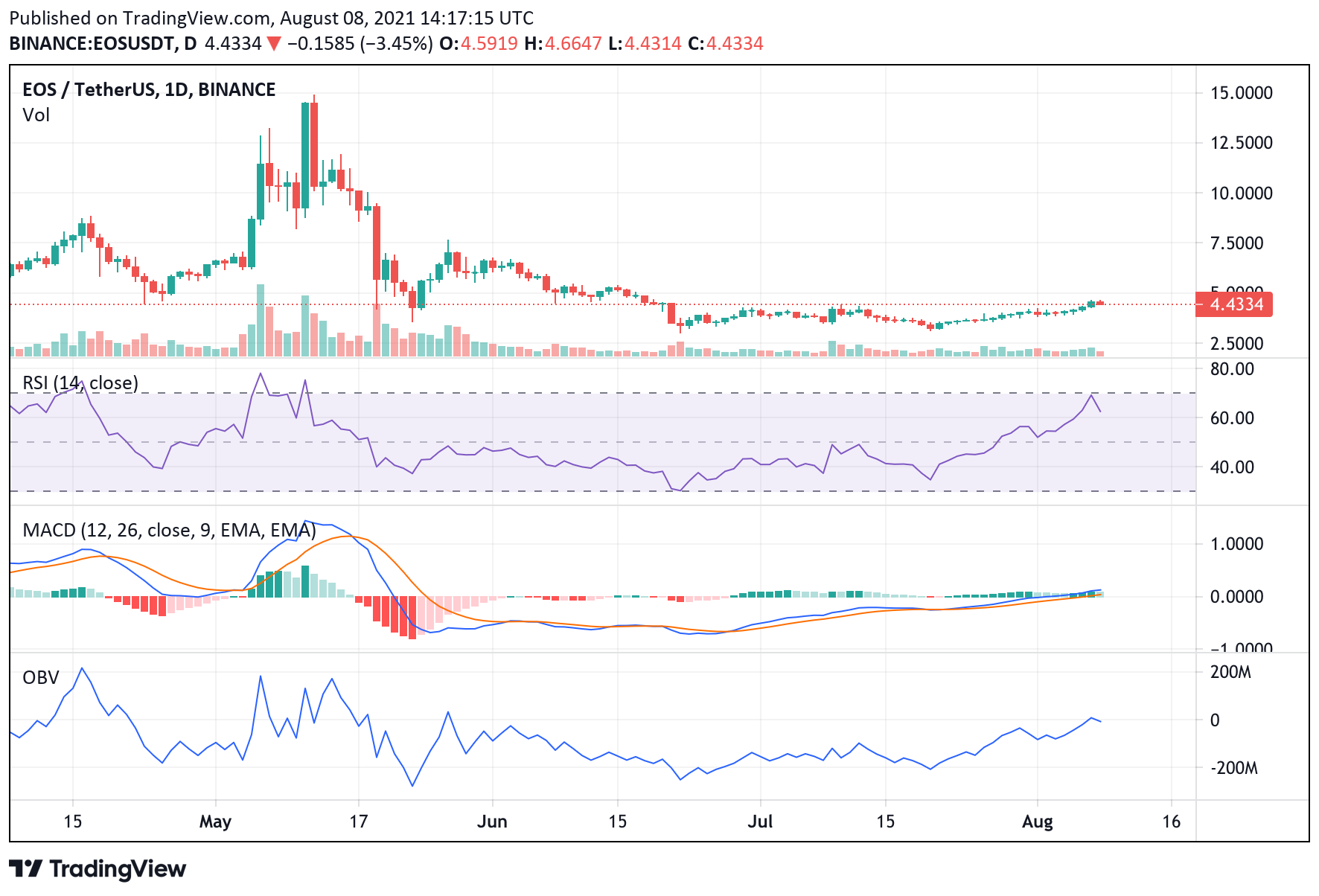 Currently, the RSI is at 62.71%. Also, RSI has faced rejection at 69.15% and started falling, thus indicating that the selling pressures are slowly mounting up in the market.

On the daily chart, MACD and EMA lines are close to the zero range. Moreover, on the daily chart, a bullish crossover by the signal line over the MACD line has occurred. But, since the lines are closer to the zero range, a trend reversal might be on the verge. And, as MACD is above EMA, buying pressures are still higher than the selling pressure. However, being a lagging indicator, we will have to wait for it to happen. Until then, the EOS price may rise for the rest of the day.

On the daily chart, OBV faced rejection at 7.81M. It resulted in a downward sloping OBV. OBV is currently at -7.35M, which suggests the volume is going down for EOS in the market.

Currently, EOS is trading at the Fibonacci pivot point of $4.23. And, if the bears take control of the day ahead, then the price is likely to fall below the first, second, and third support levels of $3.74, $3.45, and $3.03, respectively.