Ethereum is an open-source decentralized blockchain system with its own cryptocurrency, Ether. Decentralized smart contracts can be executed with ETH as well as for many other cryptocurrencies.

Vitalik Buterin first introduced Ethereum in a 2013 whitepaper. Buterin and his co-founders secured funding for the project through an online public crowd sale in summer 2014 and launched the blockchain on July 30, 2015. Let us see how the technical analysis of ETH is currently. 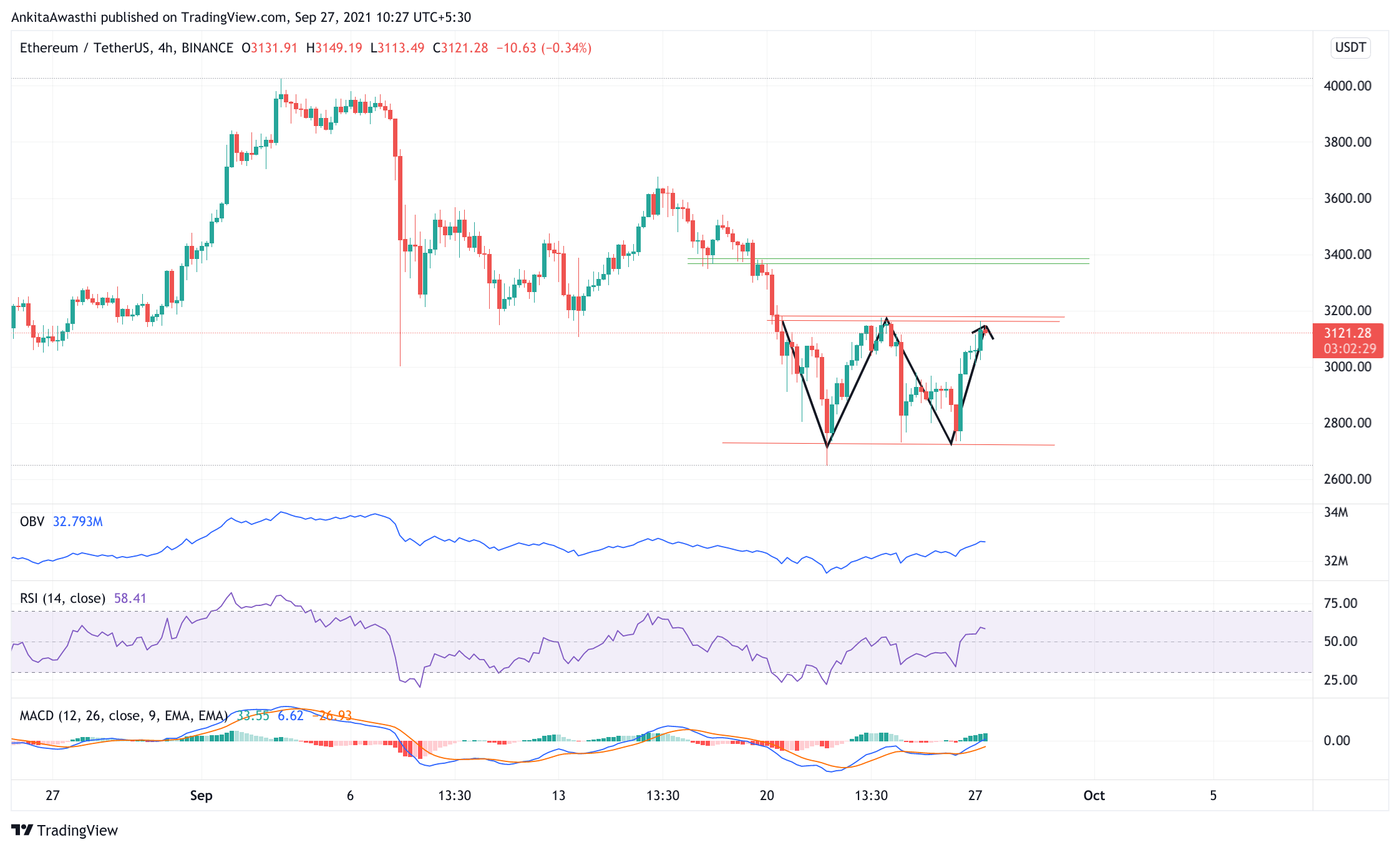 Currently, ETH is trading at $3130.84. The price has increased by approximately from the opening price. Thus, the market looks bullish for the rest of the day.

The MACD and signal lines are in the negative zone. However, a bullish crossover by the signal line over the MACD line has occurred. However, both the lines are close to the zero line and may change signs soon. Thus, a trend reversal is on the horizon.

The RSI indicator is at 59%. It has just rallied from the 33% mark. Thus, buying pressures are slowly mounting. Hence, we can expect the price to start rising again in a few hours.

The ETH price has fallen below the Fibonacci pivot point of $3177.42. As some of the oscillators have shown bullish signals, we can expect the price to rise above the first Fibonacci resistance level of $3017.54 soon.

The price has tested and fallen below the 23.6% FIB retracement level of $3125.87. If the price falls below the FIB extension level of $2953.87 in some time, this implies that the price downtrend is strong. In that case, the price downswing is likely to continue tomorrow as well.