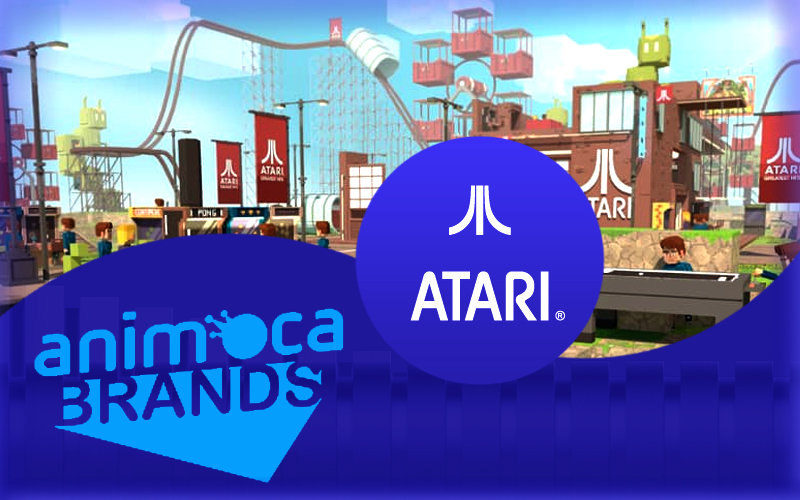 Blockchain gaming platform Sandbox of Animoca brands corporation limited is partnering with one of the world's most prominent gaming brand Atari. The partnership would conspire together to create 3D voxels like asteroids, centipede, pong and rollercoaster tycoon.

Sandbox offers a virtual world to gamers on Ethereum blockchain to create, own and operate their own voxel gaming. The vision of the partnership is to offer a highly offensive gaming experience to its users, without the involvement of a central entity.

What Will Sandbox Bring to The Table

According to the deal, large digital spaces would be offered to Atari, called estates in the metaverse of Sandbox.

3D voxelized versions on these estates can be generated of Atari's evergreen and classic games. The new versions will be officially made available to its users later this year when Sandbox launches publicly. They are eyeing to launch an in-game asset set of Atari, for game creators to use their own game.

"Atari is rightly celebrated as a pioneer in the world of gaming, and this partnership continues the brand's innovation by bringing its treasured gaming heritage into the decentralized, blockchain-based metaverse of The Sandbox."

He further added that theme park on the blockchain would be a historical step for Atari, adding that he is certain the users would find the experience of creating their own world, immersive.

Frederic Chesnais, the chief executive officer of Atari, stated that the deal makes sense given that Atari introduced so many people to the entertainment world and now would be taking this initiative to be part of the imaginative experience that Sandbox seems to be.

He went on to add that a partnership like this helps deepen Atari's root and expand their horizon in the blockchain and crypto-related entertainment.