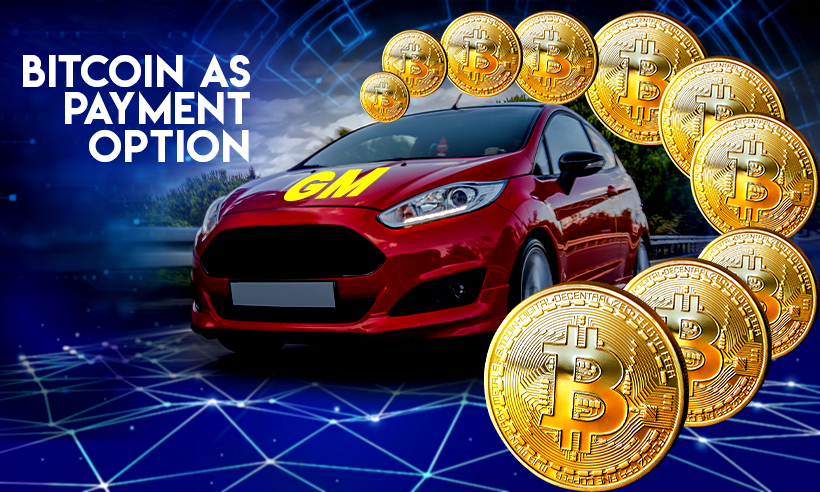 In accordance with the statements from the CEO of the automotive giant General Motors, the company is monitoring the potential of Bitcoin. However, it has not yet made clear whether the firm is actually planning to accept the cryptocurrency as a method of payment or not.

Mary Barra, the CEO of General Motors, recently released a statement mentioning that the automotive company does not have any plans yet to invest in cryptocurrency. She added to her statement and said:

“This is something we’ll monitor, and we’ll evaluate, and if there’s strong customer demand for it in the future, there’s nothing that precludes us from doing that.”

In circumstances, the other half of the statement of Barra seems to suggest that the company is inspecting the potential of Bitcoin as a method of payment.

The answer provided by her was taken in response to the question from a research analyst at Morgan Stanley named Adam Jonas. He acclaimed that Bitcoin was excellent for giant ticket purchases like cars.

His question was reminded by the fact that an increasing number of high-profile firms involving a major competitor is taking hold of Bitcoin. He was seemingly referring to Tesla and its decision to invest $1.5 billion and accept BTC as a method of payment.

The Automotive Giant and Blockchain Technology

Concluding her statement, Barra said that she is taking the question into serious considerations demonstrating that General Motors is literally observing the potential of Bitcoin.

Moreover, the idea gains support from the earlier efforts of General Motors. In addition to this, it should also be noticed that apart from inspecting BTC, General Motors has already filed for a number of blockchain patents.

Made up of various other car builders, it is also a part of the MOBI blockchain alliance.