HOT Technical Analysis: Price Below the Support Level $0.0063, with Scope to Rise

Holo enables developers to build decentralized applications without using blockchain technology. Holochain is a framework for building DApps that does not require the use of blockchain. HOLO serves as a bridge between the broader internet and apps built with Holochain, allowing the DApps developed by Holo participants to be accessible via a marketplace in which Holo's ecosystem is hosted. Let us look at the technical analysis of HOT. 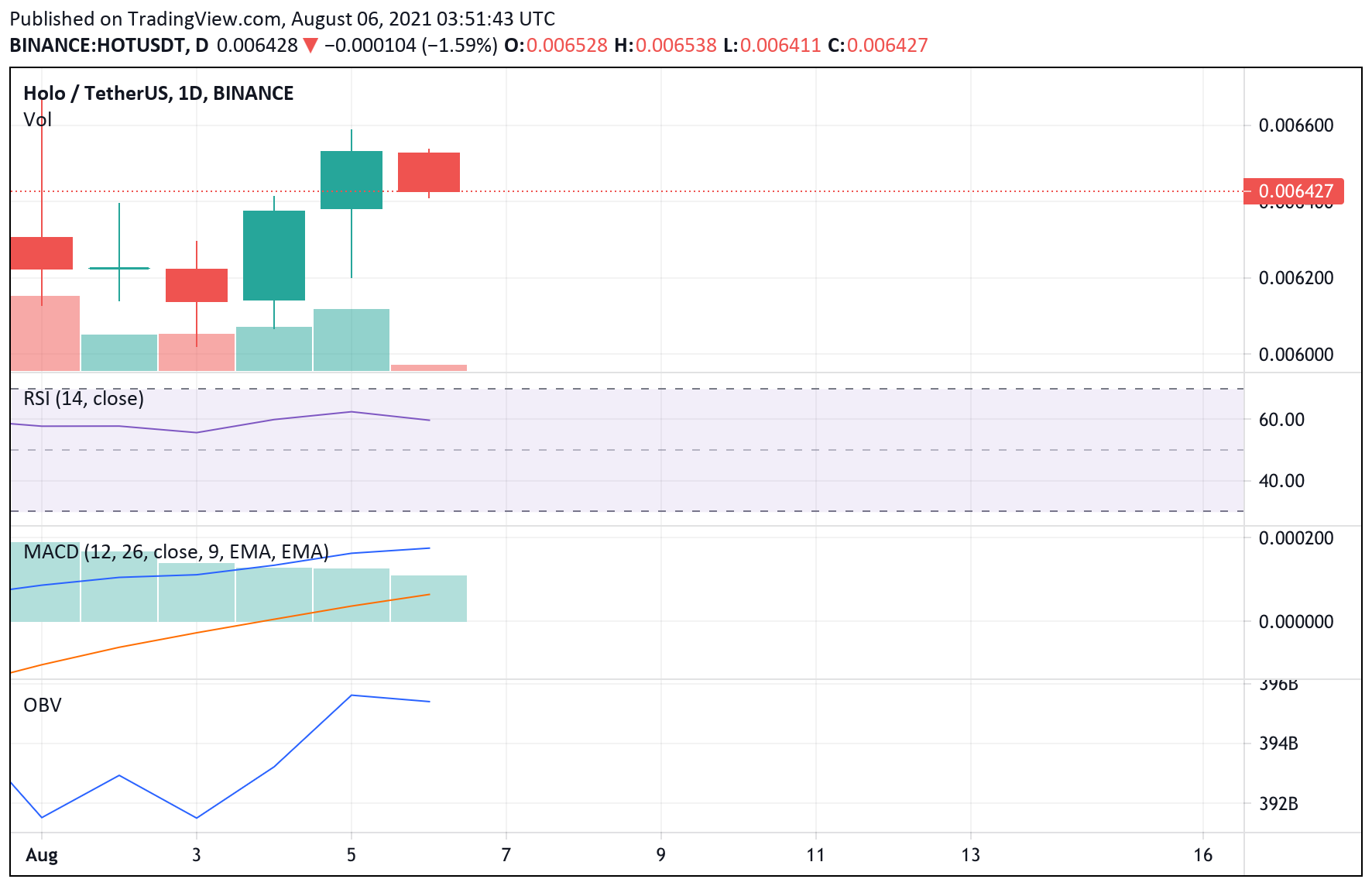 The RSI is currently at 59.76%. It has formed a bearish divergence pattern and fallen from the 62% mark. Thus, the market is facing high selling pressure. Hence, we can expect the price to continue to fall for the rest of the day.

On the daily chart, MACD and EMA both have entered the positive zone. Currently, MACD is at 0.000176 being close to the zero range leaves the market in an unpredictable zone. Therefore, if the selling pressure overtakes the buying pressure the MACD will be below the zero range suggesting the HOT price will fall.

The current trading price is above the Fibonacci pivot point of $​​0.0064. But, the price is below the support level 1 of $0.0063, thus there is a scope of price to increase when the price will touch the support level, but it will also face some resistance at $0.0066. In this case, traders need to wait and watch the market as there is a high level of fluctuations coming. And, take trade after a confirmatory breakout or breakdown.

In the last 24 hours, the HOT price has dipped by 1.76%. The indicators suggest a bearish trend as the RSI and OBV both have started falling. The bearish trend could continue tomorrow as well.