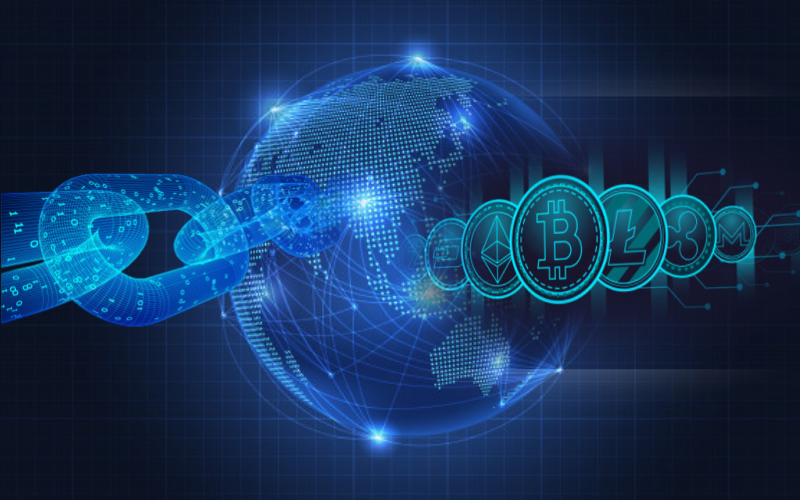 How Blockchain and Cryptocurrency Can Shift the World Power to East

In today’s world, people are continuously working on transforming the traditional system with digitization and advanced technology. This type of transformation was seen during the Dot Com boom especially across the United States and Europe. Dot Com Boom is also known as Dot Com or Internet Bubble which was a major stock market bubble which completely changed the scenario of all the companies related to the internet.

This Dot Com Bubble took place during the end of 1990s and the major reason behind this was the huge speculation behind all the internet related companies. During this time, various stock market indexes saw a huge surge and some have seen around 400% increase. Between the years 1995 and 2000, Nasdaq, the huge stock market has seen a rise from around 1,000 to more than 5,000. This was the huge expansion of internet technologies and companies that the world has ever seen till date. It has been seen that this major boom has made both the U.S. and Europe a global leader in this very sector.

Silicon Valley, popularly known as the computer industry of San Francisco and the name Silicon has been selected because a large number of manufacturers were developing integrated circuit chips and MOS transistors which were based on Silicon. Both Palo Alto and San Jose have played one of the major roles in the making of Silicon Valley. At the present time, most of the world’s largest high-tech companies are based there only. Along with this, it is also one of the wealthiest regions in the whole wide world. Back in the previous year, it was reported that this whole region releases an annual GDP of $128,308 and the annual output goes around $275 billion. Most of the companies that belong to Silicon Valley are hardware and software companies. Many of the tech giants and various high-profile ventures were started in Silicon Valley and still have their headquarters situated there only. A lot of people believe that Silicon Valley has played a major role in building up a complete culture or you can say ecosystem for entrepreneurship.

Blockchain and Cryptocurrency emerging as next world power

During the time of the coronavirus crisis, it has been seen that both blockchain and cryptocurrency have helped people to a very great extent to deal with the crisis. Blockchain has emerged to be of great help for the healthcare sector during this pandemic in order to track active cases and maintain records as well.

Blockchain adoption is increasing rapidly across different parts of the world and it has been seen that several eastern countries are betting big on blockchain. They have developed a lot of projects using blockchain technology and it seems that people are accepting this change widely.

There are several other eastern countries also which are moving towards bigger blockchain adoption. Countries like Singapore and South Korea are also considered among the most prominent ones where blockchain adoption is increasing at a very great extent. Both the private and public firms are trying out the use of blockchain technology in different sectors in these countries.

One of the major points to conclude the article would be that with the increase of digitization across the world, blockchain technology is developing and flourishing in various sectors. With such huge adoption, one thing is quite clear that future belongs to blockchain and cryptocurrency and both of them are quite capable of pushing the world power towards East because the major blockchain and crypto adoption has been seen there only.