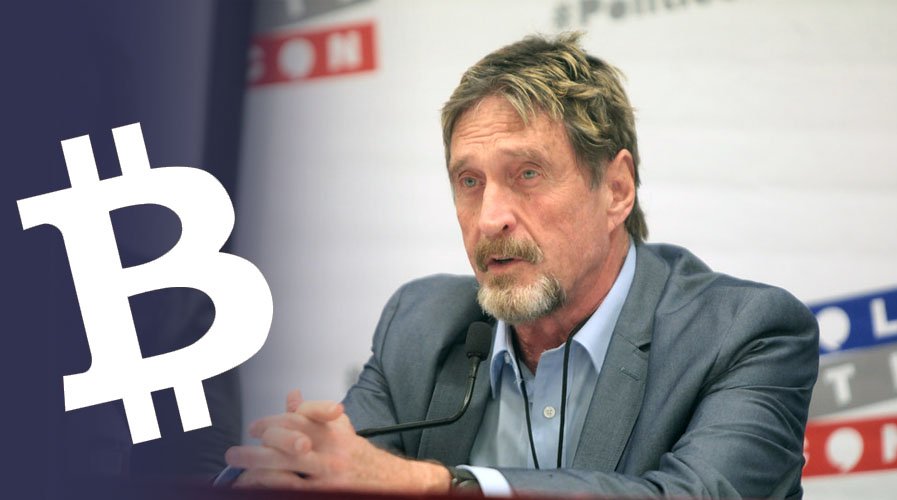 Last year, John McAfee made a very bold prediction. And one that would cost him big time if it did not pan out. The security guru predicted that Bitcoin would reach $1million in 2020. If not, the security experts said he would eat his own private part on live TV. This, at the time, got many excited at the off chance that Bitcoin would either reach $1 million which would be very profitable or watch one of the most controversial people eat his own manhood. But more realistic people thought the two were impossible and predicted exactly what has happened.

John McAfee has gone back on his word. He does not think that Bitcoin will reach $1million and will not be feasting on his private part. In fact, he says that the whole thing was a ruse meant to bring in new users. He continues to state that the ruse worked. Over and above going back on his prediction, the entrepreneur has gone on to call Bitcoin ‘ancient technology’.

A ruse to onboard new users. It worked.

Bitcoin was first. It’s an ancient technology. All know it.

Bitcoin is our future?

Was the Model T the future of the automobile?

Is McAfee About To Endorse A New Project?

Well, it was predictable that McAfee would not eat his own manhood. However, no one would have predicted that he would abandon his prediction this early on in the year. Furthermore, as a long term Bitcoin bull, no one thought he would call Bitcoin ancient technology. It would seem the security guru is getting ready to endorse another project that is ‘better’ than Bitcoin. Although many Bitcoin enthusiasts won’t like it, it remains true that there are better blockchains than Bitcoin as McAfee notes.

McAfee’s turnaround is bound to see him lose a number of fans. it also shows that sometimes those regarded as analysts are at times just making up numbers to get the crypto community excited and possibly pump prices. As traders make buying or selling decisions based on an analyst’s prediction, it is important to note the merits of his/her prediction.