Litecoin is a cryptocurrency that was created to provide fast, secure, and low-cost payments by utilizing its unique properties of blockchain technology. A GitHub client for Litecoin was released on Oct. 7, 2011, and five days later the Litecoin Network was launched. Since then, it has rapidly grown in popularity and acceptance among merchants, and it has consistently ranked among the top ten cryptocurrencies by market capitalization for most of its existence. Let us look at the technical analysis of LTC. 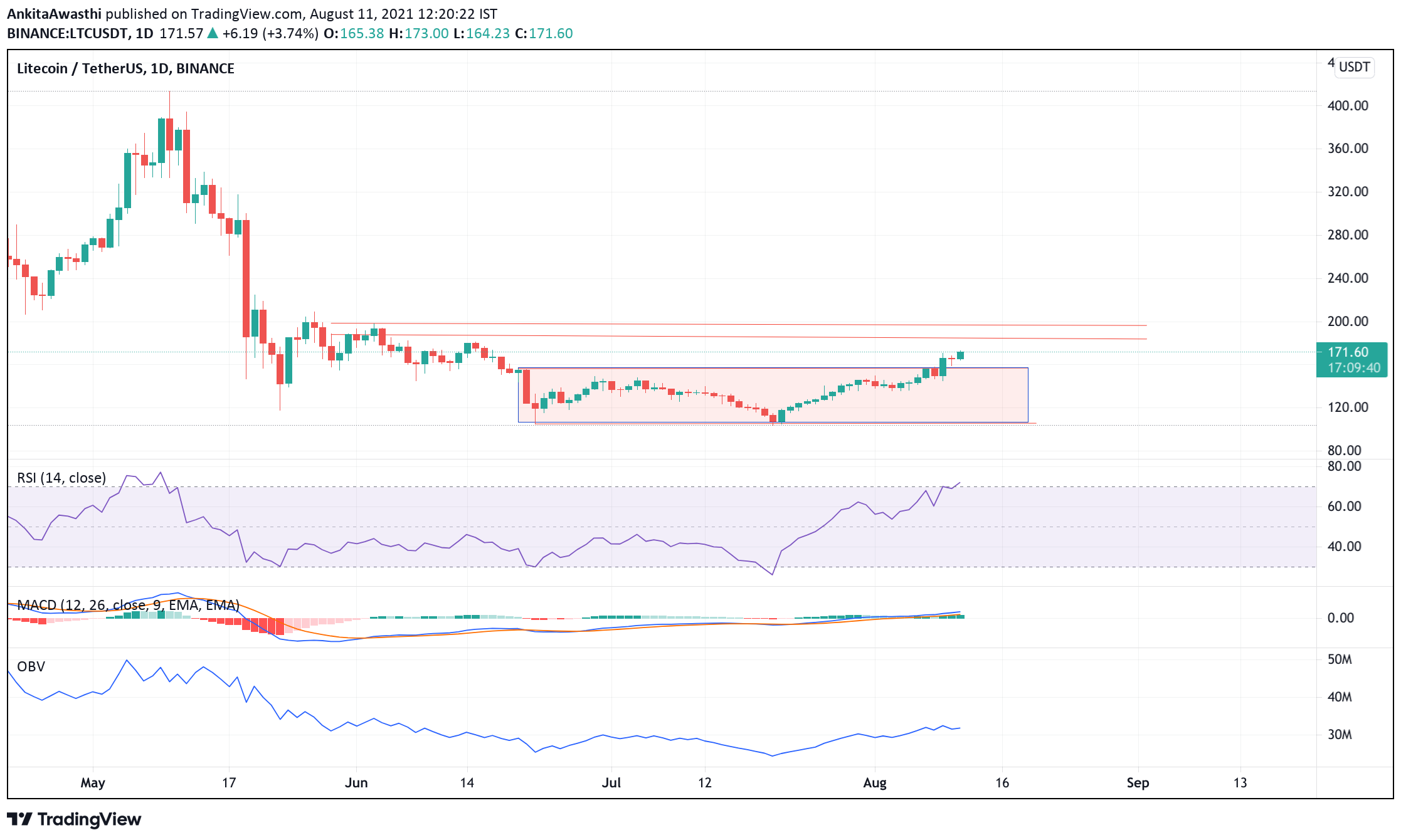 At the time of press, LTC is trading at $171.57. And it has given a clear breakout on the daily chart. The price has consolidated for over a month and has broken out from its resistance level of $156. However, after this tremendous rally and a breakout, we might see a retest happening soon. Let’s look at how indicators are reacting to this rally;

The RSI is currently at 69.91%. It might go in the overboard horizon if the buying pressure persists. The RSI took support at 60.81% and has rallied since then. Currently, it is resisting to go up from the 70% mark. Since the RSI is making a bullish divergence, we can expect the LTC price to rise.

Currently, MACD and EMA lines are above the zero range. Indicating a positive market for LTC. A bullish crossover has been witnessed in the MACD lines, therefore, we can expect the price to increase on the daily level.

On the daily chart, the OBV is in a constant zone, suggesting the volume trading is consistent for LTC. Investors are keen on buying LTC.

In short, when we look at all three oscillators, we can say that the price may continue to rise. However, we cannot rule out the possibility of a trend reversal. We have to wait and watch to see if an intermittent price rise is a corrective action or the beginning of a positive trend.

The current trading price is above the FIB pivot point of $152. If the buying pressure continues, the price might test its resistance at $167.70. And, if it breaks out from this level, it will highlight the next resistance at $175.43. And, traders can take a long position accordingly.