MIOTA (IOTA) is a distributed ledger on the proprietary technology which is known as Tangle. There is no fee that has to be paid to the miners because it is not built on blockchain, and it does not require mining. IOTA allows safe and secure transactions which are recorded immutably on the network. Let us look at the technical analysis of IOTA. 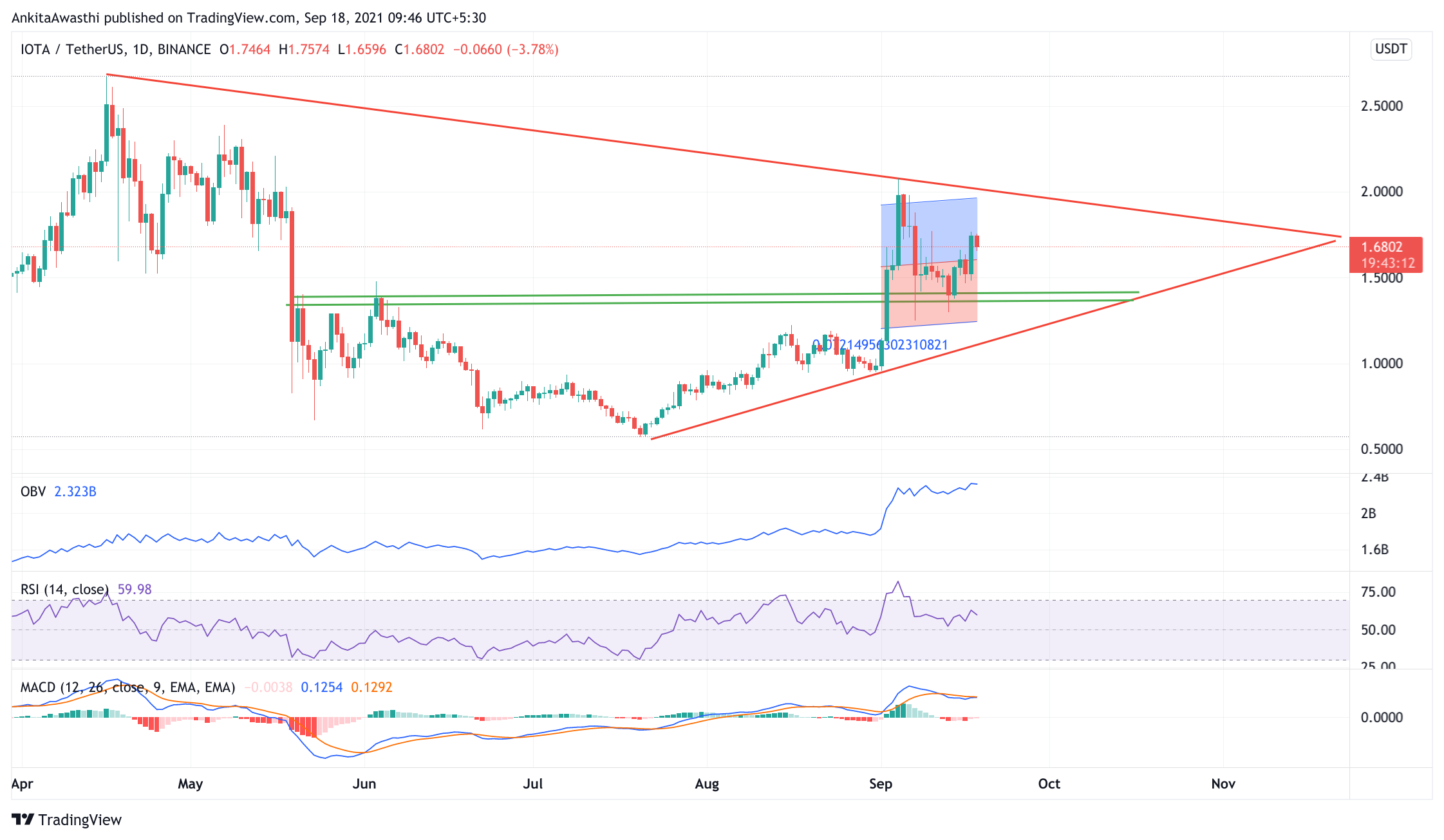 At the time of writing, IOTA is trading at $1.68 and has increased approximately by 12.31% in the past 24 hours. Since 2nd September, IOTA broke out of its long-term resistance and created support at around $1.41 level. This might be an accumulation period as the volume has also increased by almost 200% during the same time, indicating a trend reversal.

The MACD is currently completing its bearish crossover after a small pullback to the support level going forward we might see a bullish trend. The lines are above the zero range. Thus, suggesting a buy on this token.

The Relative Strength Index has been pulled towards its support zone, near the equilibrium. Thus, indicating the sellers are dominating the market. After this strong accumulation period is over, the price can retest the resistance level. A breakout from that level will indicate a bullish strength.

As per the Fibonacci pivot levels, the MIOTA price is trading above the support level of $1.41. It has tested the level twice on the daily chart. And has bounced back from the support level. If the price crosses this level on the downside, traders can short the position with an immediate target of $1.17 and the stop loss at $1.46.

On the other hand, if the price bounces back from this support level, traders can take a long position keeping the target at $1.98 followed by $2.12 and the ideal stop-loss level would be $1.77.