OMG Network believes that Ethereum's significant speed and cost barriers will need to be overcome before mainstream businesses will consider building products and applications on it. Let us look at the technical analysis of OMG. 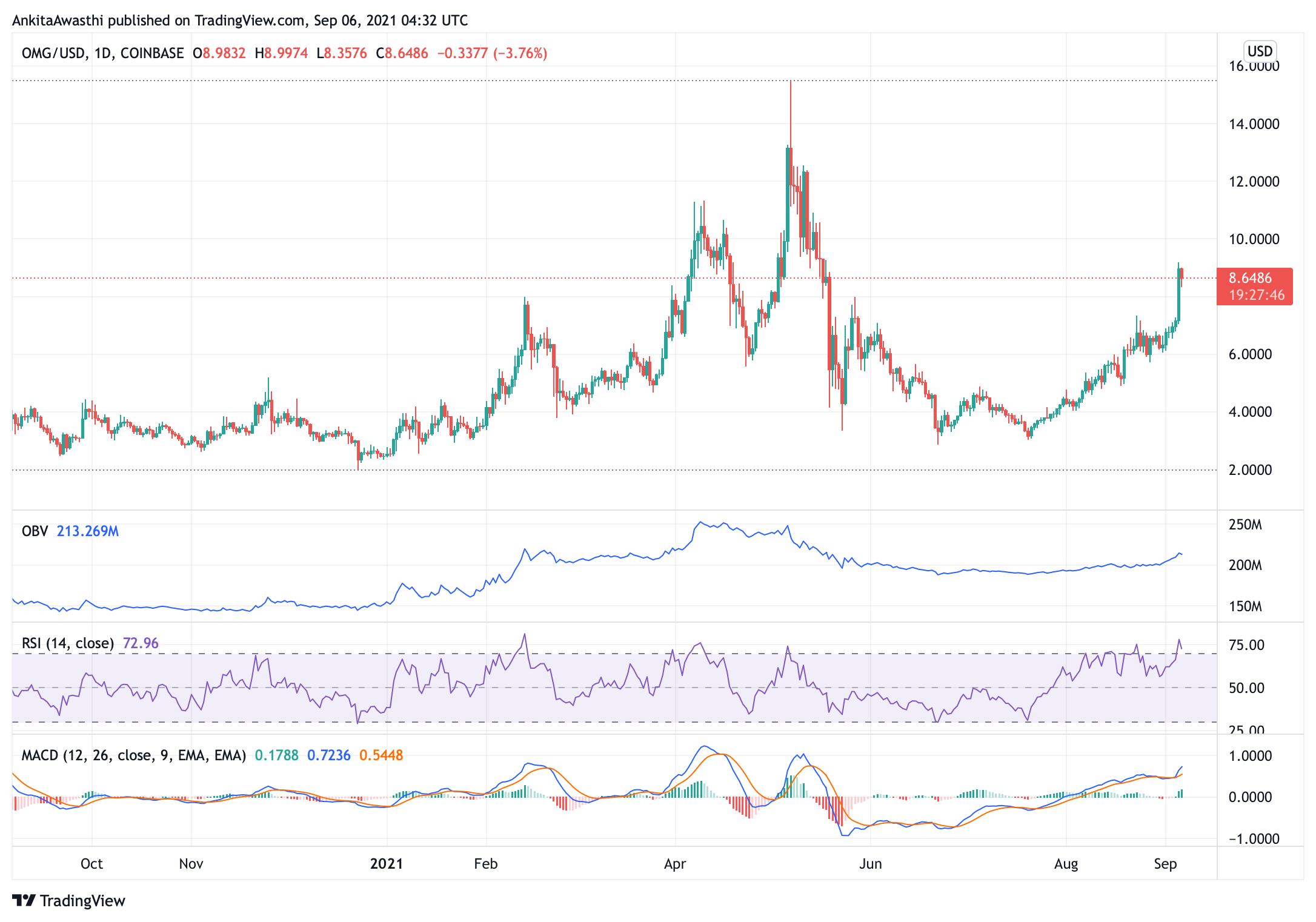 After touching 77.98%, the RSI took a downswing and is currently at 72.70%. The crucial support level of RSI is near the equilibrium. Until it breaks down from the support level, the token will be in a bullish trend. The RSI is in the overbought region, although the selling pressures are increasing, suggesting the fall in the RSI.

On the daily chart, the OBV broke its uptrend and has taken a slight dip, indicating depreciation in the volume of OMG.

There is a bullish crossover and the EMA and MACD lines are rallying above the zero range suggesting a BUY.

However, if the price falls further down from the support level, there is another immediate support formed at $8.58. An opportunity for a short position arises.