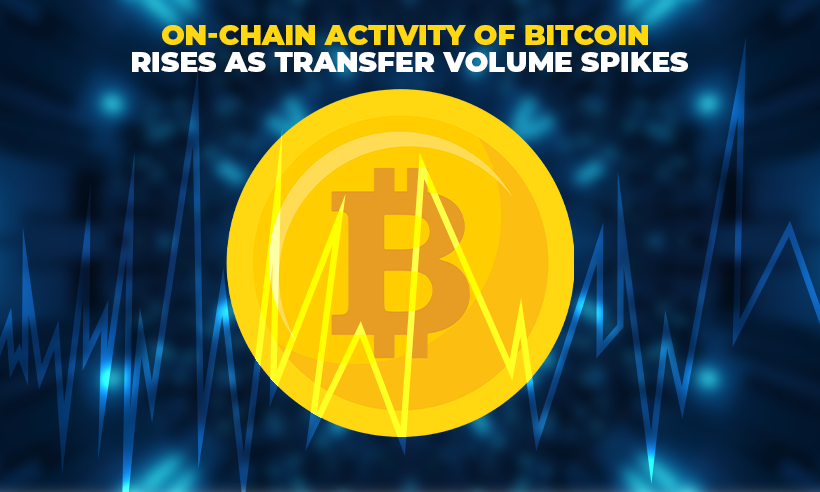 Glassnode, an on-chain analytics provider, has recently detailed the activity of the week for the Bitcoin network noting that several milestones and ATHs have been met for various metrics. The transfer volumes have reached new records along with the transaction fees, and it surely has driven the deafening week for Bitcoin.

The analysis recorded that the spikes in the on-chain transaction volumes and charges suggest that the recent correction has widely affected the people who are taking new entries in the market, and strong hands remain strong.

In the present market cycle, this has been the fourth time Bitcoin has witnessed correction, but the formation of a lower low since the third comeback has gained the general level of fear in the overall market sentiment.

Read More in The Week On-chain👇https://t.co/Z7TCQ6aefw

A majority of this additional activity has come from the Bitcoin network working through mempool crowding resulting from the drop in the hash rate of the last week.

In addition to this, there has also been an increase in the demands on the network due to the selling pressure in the correction, which dropped prices as low as $47,250 on April 25, Sunday.

The Decline in the Number of Daily Active Addresses

The report also noted that the moving average of the transfer volume of seven days has reached new highs of almost over $51 billion that are settled daily.

This data is around 25% higher than the previous all-time highs which came in the year 2017.

“The network has now consistently settled more than $10B in transfer volume per day for a 136-day period, exceeding the peak duration observed in the 2017 bull market.”

Also, there has been a corresponding reduction in the number of daily active addresses which has plunged by approximately 10% over the week.