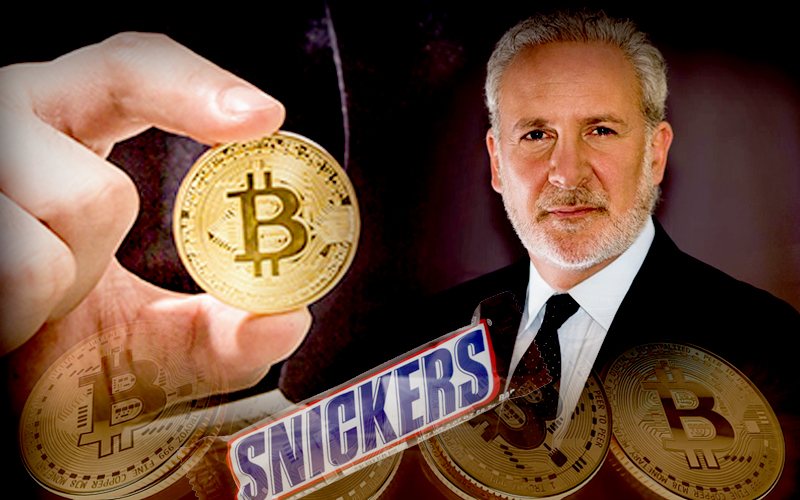 Whenever somebody comes up with statistics in bitcoin’s favour, if you’ve to bet on one man to pass negative comment on it, you’d probably pick Peter Schiff. He has been as persistent as it gets when it comes to hating bitcoin.

Willy Woo, famous bitcoin analyst posted a chart showcasing how a single dollar investment in bitcoin back in the day would have generated $12.8 million by now, enough to buy a fancy yacht.  He added that even a small investment such as that is a better option than investing in gold as bitcoin has been the best performing asset over the decade and would continue to be so. He took a shot at gold by stating that a similar investment would have been $1.66 currently which would only get you a snicker bar. The point he was trying to make is that those who invested a dollar 10.7 years ago can now afford a yacht while the ones who invested in the dollar couldn’t even double it.

I made a new live chart for gold bugs.

Peter Schiff has time and time again has criticized bitcoin and consider it nothing but a fraud scheme. However, he admitted that not buying it when he heard of it initially was a mistake on his part. If he would have chosen to put a mere 100 grams of gold into it back then,  he could be the owner of 8 tons presently.

He is back at it again and believes that in another decade $12.8 million of bitcoin which could have a got a yacht would not be enough to even buy a snickers bar. To put things into perspective, an outrageous loss of  99.999987 per cent in its value is needed for that to happen. A bizarre claim to make for something that has blown giants such as Netflix out of the water in the last decade. He also thinks bitcoin good performance during the crisis would not last long.

The crisis is not over yet. #Bitcoin‘s gains will be gone long before the crisis ends.

While the cryptocurrency community is used to such comments, this was absurd even by Peter Schiff’s own mighty standard and definitely sounded superfluous, to say the least.