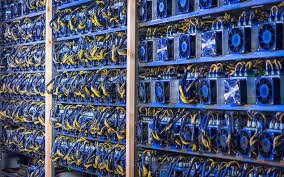 According to the report, Riot Blockchain received an additional 1,060 S17 Pro Antminers for its mining facility in Oklahoma City. The Integration is currently underway and is expected to be completed in the next seven business days.

In January 2020, Riot announced it received the first order from Bitmain, which was approximately 3,000 S17 Pro Antminers for its Oklahoma City mining facility. The company also secured additional temporary labour to speed up the integration.

Together with the facility’s current 12 megawatts (“MW”) electric supply, Riot estimated that the aggregate operating hashrate would become 248 (approximately) Peta hash per second if the new miners are fully deployed.

Compared to the company’s average mining hashrate last year, the development reportedly means an estimated 240% increase for Riot. The 4,000 S17 Pro new miners are believed to represent 90% of the facility’s total current power capacity, according to Riot.

Challenges in The Mining Industry

Meanwhile, Riot’s new miners are coming at the time where the mining industry, including mining farms and manufacturers in China, is reportedly facing challenges emanating from the outbreak of coronavirus in the country.

While several ASIC miner manufacturers have also complained about how the Chinese government-issued work bans are affecting how they meet the demands for mining rigs, Riot said the timing of its orders and the upgrading of its facility weren’t affected.

Aside from this, the local authorities in the Chinese Province of Sichuan are pressurizing Bitcoin Mining farms to slow down their operations as a result of electricity shortage, Cryptoknowmics reported in December 2019.

As explained, the electricity supply in Southwest China is usually affected during the dry season, which begins in October and ends in May. In this course, the authorities urged mining firms in the region to slow down their operations.