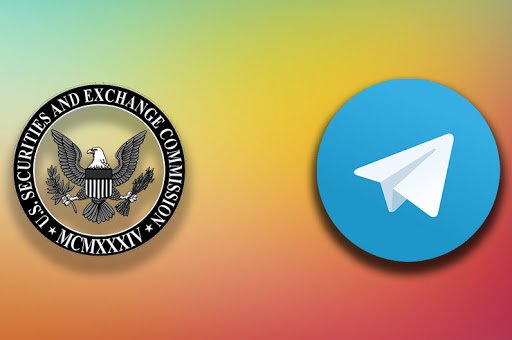 As the case against Telegram’s $1.7 billion token sales of Grams by the Securities and Exchange Commission (SEC) gathers momentum, the Community Futures Trading Commission (CFTC) has been asked to provide their opinion on it by a U.S. judge.

On Thursday, Judge of the Southern District Court of New York, Kevin P. Castel has ordered CFTC’s office of the general counsel to share their views in the court, and it could be presented in a writing form, confirmed the judge.

What Actually is Telegram’s Token?

The biggest conundrum that the digital token of Telegram’s TON blockchain, Grams has generated is the question mark over whether its a security or a commodity. It has been the focal point for 4 months now in this litigation. The SEC’s holds the view that Grams, which was supposed to be issued by October 2019, was sold to investors as securities, with future profits in hindsight.

Telegrams’ stance is that just like bitcoin and ether after they are issued, grams will be a commodity- TON’s blockchain native token.

The SEC’s memorandum submitted earlier stated that Grams can’t be considered as a commodity simply because the value of the asset depends on Telegram, and that would continue to be the case. Telegram would continue in its efforts to increase demand for Grams and value would grow along, as the purchasers expected in the first place and would continue to.

“Unlike gold, comic books and Krispy Kreme doughnuts – commodities Telegram compares to Grams – Grams have no intrinsic value,” the SEC argued And ergo, the value of Grams is in Telegram’s hands, and they would be looking to create a blockchain, and this, under SEC’s Howey test, counts as a security feature.

Telegram’s retorted by saying that it has never marketed grams as an investment tool, but definitely all the marketing materials “clearly and primarily emphasized the intended consumptive value of Grams as ‘the first mass-market cryptocurrency.” The CFTC views bitcoin as a commodity, but the agency is yet to determine is Telegram’s token sale fall under a similar category or not.