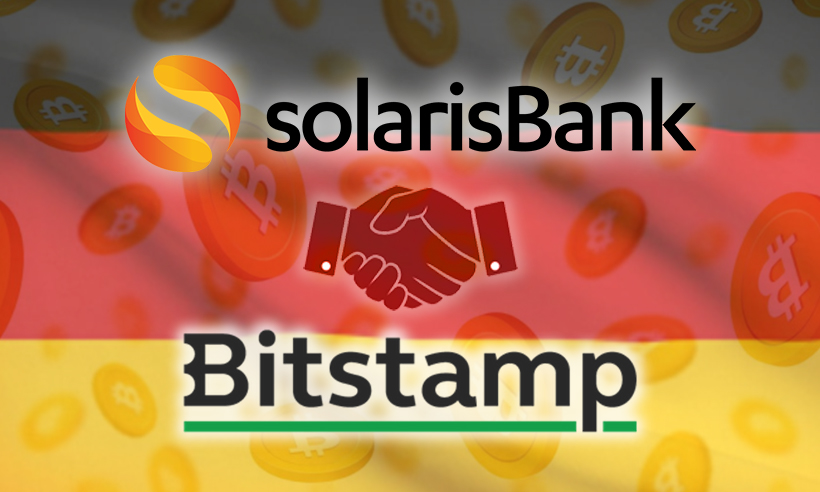 Germany’s Solarisbank proclaiming an in-custody settlement system with its close partnership with one of the largest standing cryptocurrency exchanges in the world Bitstamp. The German fintech firm is creating its regulated crypto custody service with a trading and brokerage API.

Solarisbank is a German fintech firm which among many other companies, provides Samsung with a range of application programming interfaces for making payments and digital banking.

As announced on Thursday, the firm will be offering fiat-to-crypto trading and instant settlement of transactions from within its custody solution.

The managing director of Solarisbank Digital Assets, Julian Grigo, released a statement in an interview that read:

“We started with custody and now the next step is the brokerage API.”

Along with this, Julian added:

“Our B2B customers will be able to get a bank account, store crypto and with the brokerage API, they can swap or exchange their fiat money to bitcoin or other cryptocurrencies.”

With the likes of Standard Chartered and BNY Mellon making announcements, custody is considered the very first step into the crypto industry for large regulated companies.

Among the very few places to offer a special custody license, Germany offers a special license via BaFin, the German financial regulator.

The close partnership of Solarisbank with Bitstamp is proclaiming “in-custody” brokerage and instant settlement. BCB Group, based in the United Kingdom, offers a likely instant settlement network with banking from Clearbank.

Moreover, this type of instantaneous swapping of fiat and cryptocurrency enabled by blockchain avoids the sorts of eccentricities most recently seen in the case of GameStop and Robinhood.

He continued embracing the features of his platform and said:

“But the blockchain never sleeps, and so we have instant settlement within our platform.”