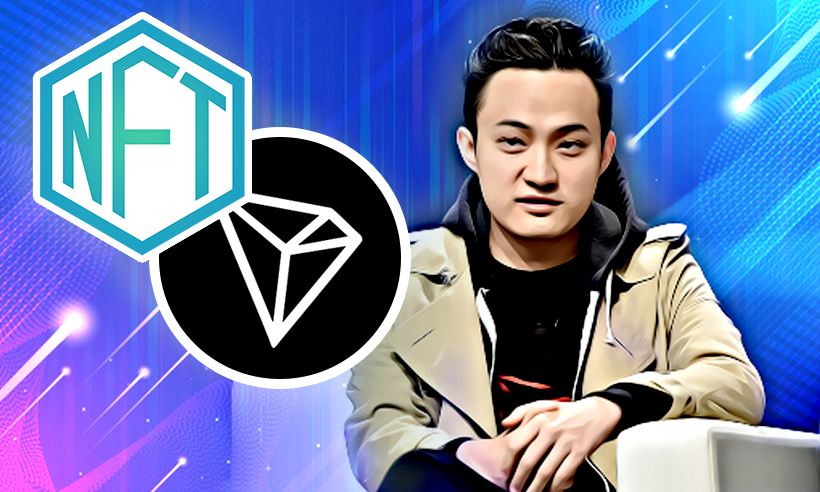 The Founder and CEO of TRON, Justin Sun, has recently made an announcement that he has placed a winning bid on an NFT in the latest NFT Auction by TIME. Describing further his plans, Sun mentions plans for reissuing the non-fungible token behind the magazine cover on the TRON blockchain.

As recent as March 22, TIME Magazine made an announcement regarding a series of 3 NFTs that are going to be themed around its 1966, ‘Is God Dead?’ cover. The auctions of six more covers by the magazine were followed by the March 22 announcement.

Though the original covers were once produced in masses, each and every tokenized digital version is a one-of-a-kind collectible.

Corresponding to the cover of TIME’s April 2nd, 1965 edition, which is titled, ‘The Computer in Society’, Justin Sun individually bought the non-fungible token. In addition to this, it was drawn by Boris Artzybasheff.

Followed by the event that happened during and after the auction, Justin Sun paid over $200,000 in Ethereum for the item when the auction came to an end on Wednesday.

The NFT of TIME is generated on the ETH blockchain through Superrare, a blockchain firm.

However, in a statement released by Sun, it is said that he will be putting the NFT in his own NFT fund and will be issuing it as a token on the TRON blockchain.

This clearly implies that the non-fungible token will be up to stand in an auction again soon.

Also, it should be known that the remaining NFT Collection of TIME is possessed by 3 other purchasers Amir Soleymani, the Founder of Adelia.arte, Farzin Fardin Fard, the Founder of 3F Music, and Veritas Kami, the Head of Metapurse Acquisitions.

Other NFT Purchases of Executive

Justin Sun possesses a number of NFTs that he has won and on March 23, he made an announcement that he had purchased Green NFT art of Beeple.

Moreover, on March 29, Sun announced his own non-fungible token fund with a prime focus on buying and tokenizing art pieces that are worth at least $1 million and with a median value of around 10 million.