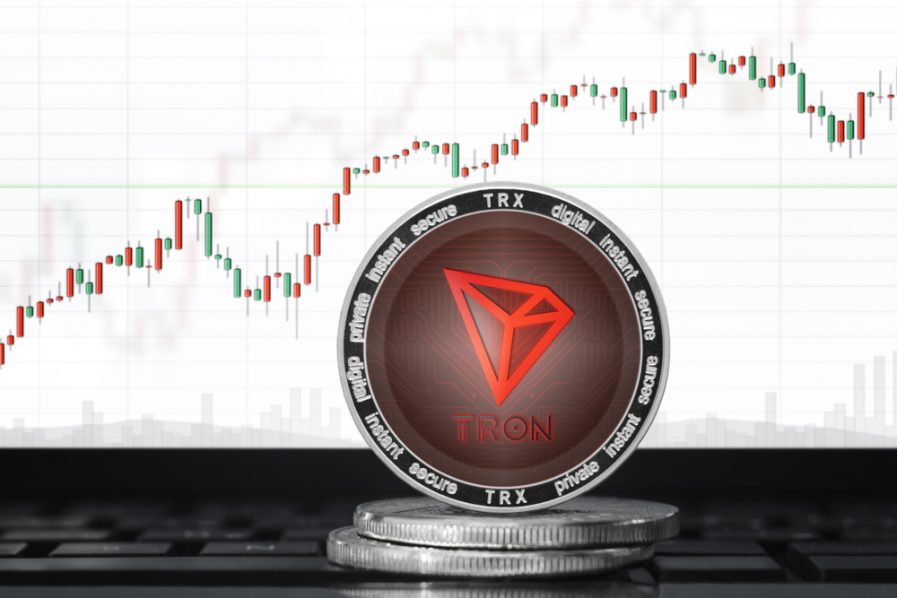 Tron, the 15th largest cryptocurrency has been in a correction wave for over a week now. Priced at $0.020, the correction wave looks to be ending, hence an uptrend can be expected from hereon. 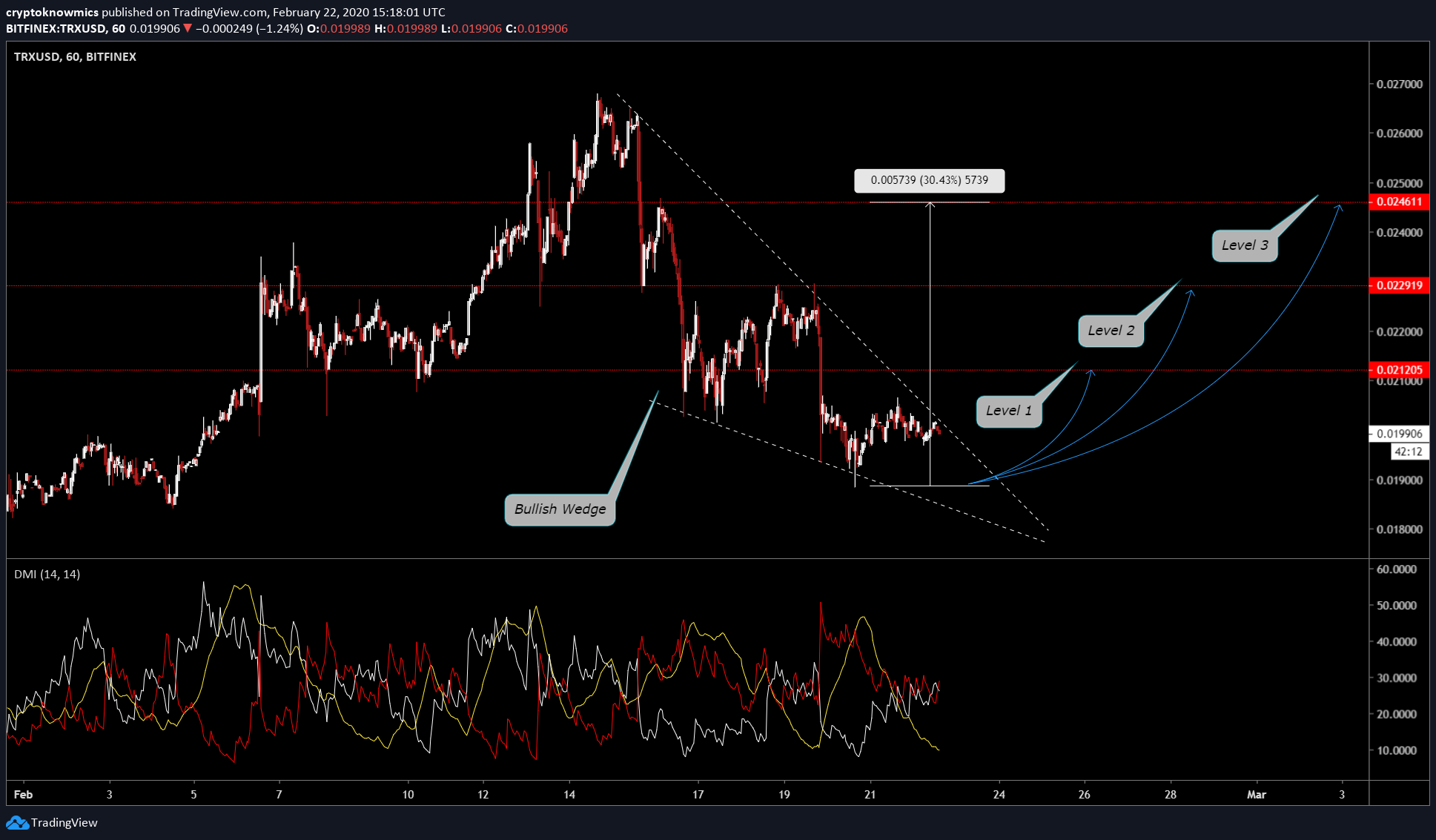 As mentioned above, the 60 minute or the one-hour chart for TRX shows the formation of a bullish wedge aka the falling wedge. The breakout from this pattern could take Tron to either of the three levels or all of them subsequently.

The probability of TRX's price hitting the first two is better compared to it hitting the last level. Mainly due to the loss of momentum or induction of sell-pressure. Either way, Tron is ready for a surge, 12-22% in the upcoming week.

Further supporting evidence can be seen in the Directional Movement Index, which is also exhibiting bullish momentum. The red-line aka DI- seen in the DMI represents the downtrend and hence the strength of it. The opposite holds true for the white line aka DI+. As for the yellow line aka ADX or DX, it represents the difference between the DI+ and the DI-.

From the DMI we can concur that the ADX line has hit a bottom, indicating the saturation of the downtrend and the start of the uptrend. This can also be seen in the crossover of the white line above the red line.

However, the price hasn't necessarily hit the end of the pattern, hence there is a chance for the price to evolve and hence the ADX line to trend sideways in its current state.