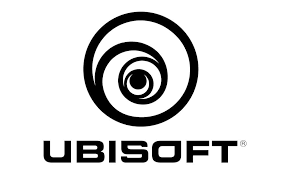 The French popular video game company Ubisoft announced today the launch of its Entrepreneurs Lab to explore the blockchain technology and social entertainment to its improve users’ experience.

According to the report, the fifth season of its a program in Paris and Singapore is open until March 1. Having blockchain as an objective in the program demonstrates Ubisoft’s Interest to blend the technology to enhance its gaming ecosystem.

With about 16,000 employees, the company has been on the move to experiment with new technologies, including blockchain. Although,  Catherine Seys, the program director said that blockchain is yet to unveil all it has to offer as a technology.

Moreover, the program purports to draw Ubisoft’s teams closer to transformative trends. The company hopes to learn and experiment with what it accumulated over four seasons about blockchain.

Having committed so much time in exploring blockchain applications for gaming; It intends to learn strategic ways it can empower players with the technology. This includes creating new ways to enhance the user experience with new interactions and features powered by blockchain.

In addition to this, Ubisoft plans to explore social entertainment, saying that “Social bonding is at the heart of entertainment.” It plans to debut new ways for users to create socially inclusive, empowering, accessible experiences.

“Social entertainment is a new area that the company wants to explore across a range of fields such as music, video, live shows, and more,” Catherine added.

In November last year, Cryptoknowmics reported that Ubisoft joined the testnet of Ultra, a blockchain games distribution platform, as a corporate block producer. Its role was to provide an infrastructure for verifying transactions that occur on Ultra’s blockchain.

The transactions include the creation of in-game assets, as well as the transfer of ownership between the players and payments, the report explained. This possibly indicates Ubisoft’s interest to partake in blockchain space.