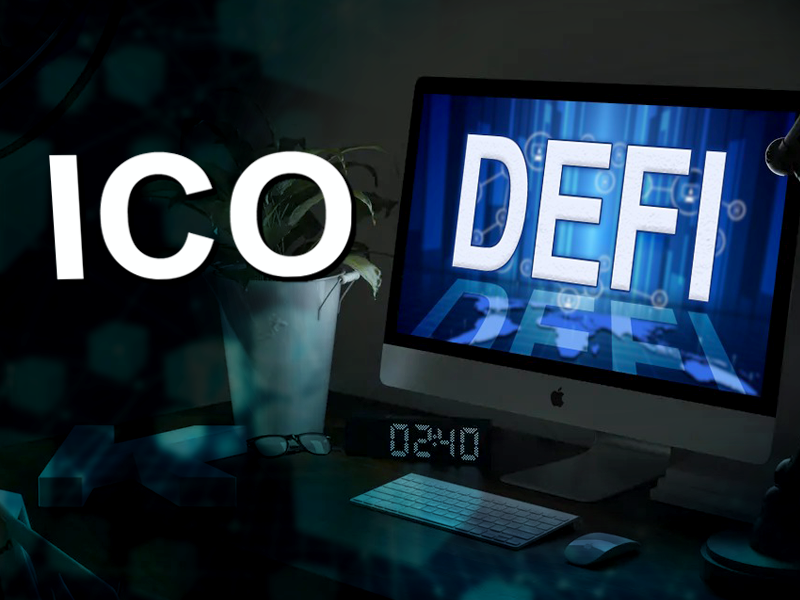 Would Defi Turn Out To Be Another ICO Like Scam?

The cryptocurrency and the underlying technology of blockchain has become quite popular in various sectors across the world.  Both of them are very well known for their primary aim of decentralization, which completely removes any kind of central intervention.  Decentralized Finance or Defi is emerging as one of the most popular use cases of the decentralized tech, and the ecosystem has already surpassed a $4 billion market cap in just a couple of years. It could be understood as a crypto ecosystem that is truly decentralized, which helps to create decentralized financial instruments that are quite different from the traditional centralized institutions.

As this sector is growing rapidly and gaining immense popularity, a lot of people have started to cast their doubts over the frenzy it has created and many of these ‘critics’ fear that it might turn out to be like Initial Coin Offerings (ICOs). The reason behind this comparison is the rapid growth and how people are seeing it as a revolution of some kind, which was said for ICOs as well during the 2017 boom. However, a majority of the projects which raised hefty sums of money never made it to the product launch. It has been seen that a lot of people are concerned about is Defi a bubble-like that of the ICO era.

In the crypto space, Defi has emerged as a great financial ecosystem for all those who aim for a complete decentralized system. It is also known as open finance which is entirely backed by blockchain technology. Now during this COVID-19 pandemic, businesses across the world have been affected severely. However, the Defi market has seen rapid growth during the same period. It has been reported that during the starting of 2019, around $275 million was locked in the Defi economy, and by the starting of 2020, this amount has increased to $1 billion. By the end of July 2020, this amount has risen to $4 billion.

Are scammers entering the Defi ecosystem?

Defi is currently going through quite a phenomenal phase as people are adopting it to a very great extent. However, there are reports that, just like ICOs, scammers have also started entering the Defi ecosystem. Since the end of the previous year, the industry has suffered a series of hacks and scams, that suggest no system is vulnerability free.

The market is suffering scams similar to that of ICO scams, and the scammers have started targeting some huge Defi platforms. One of the prominent ones among all was Uniswap, which has suffered a vast fraud. In this scam, fake tokens have been listed on Uniswap for sale. Along with this, to befool the users, the hackers have also shown that these tokens are affiliated with some top Defi apps. As per several reports on these types of scams, it has been seen that most of the people who fall victim to such scams are generally the newcomers in the industry. It is quite natural for people who are new to the industry, to fall victim to such scams as they haven’t done any proper research of the market.

Is Defi a Bubble in the making?

Back in June, Sasha Ivanov, the founder, and chief executive of Waves, warned investors that an ICO kind of bubble had started occurring in the Defi space as well. According to his statements, he seems to be quite concerned about the increase in interest among people in the Defi market. He has linked this huge increase and popularity of Defi with ICO and fears that it might also end up suffering a huge bubble-like ICO. He seems to be concerned about this growing hype; otherwise, he has praised Defi and showed his faith towards it.

Different predictions and analyses are coming regarding what is going to be the position of Defi in the future and are defi a scam. Johnson Xu from TokenInsight has said that the current hype of Defi is quite different from that of ICOs hype of 2017-18. He is of the view that even though the Defi market is flourishing to a great extent, it will not last long, and this hype will end soon.

This cannot be denied that the Defi market is currently going through a similar phase like ICO, which has been popularly known as the ICO bubble. Defi is quite an excellent use case for the crypto industry, but to prevent it from the stakeholders of the ecosystem must work towards raising awareness and educating people on how to detect and avoid falling prey to gullible scams. As mentioned earlier, the investors who are new in this industry are the ones that generally fall for the scams associated with Defi. As long as people stay away from such scams, there is no harm in relying on Defi as it has emerged to be of great help in the crypto space.