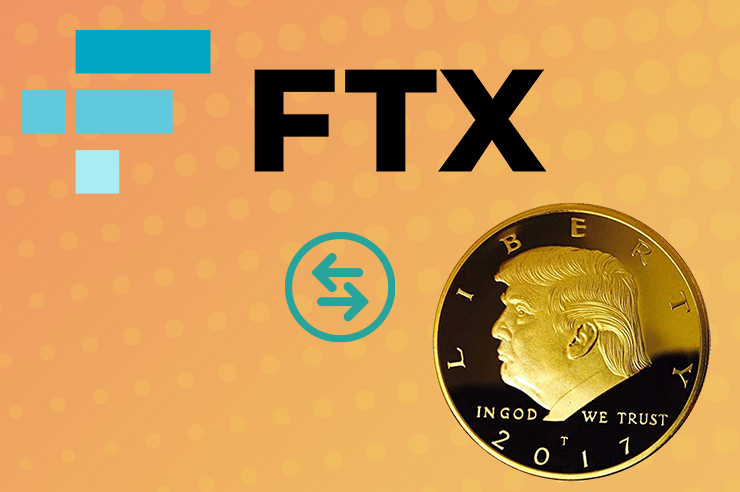 Though US President Donald Trump is not a huge fan of cryptocurrency, the crypto traders left no stone unturned to use his name to increase the digital trade. FTX, the crypto derivatives exchange has recently launched a futures trading product “ TRUMP 2020” to aid the crypto enthusiasts to bet in the re-election of President Trump in 2020.

The newly launched crypto futures contract is of worth $1 on winning of Trump and $0 if he loses the presidential election of 2020. According to FTX, which has its parent company in Antigua and Barbuda, the new TRUMP futures contract will allow the traders to secure long position if Trump wins and short ones if Trump loses.

As per the latest calculations, most of the volume which was traded implies the winning of Donald Trump. The value of futures gives an expression of the excitement of the traders in the re-election of Trump. The token which was launched earlier in this week is currently at 62 cents which implies that there is a 62 per cent chance of Trump’s winning.

FTX addressed the potential deformity in the elections. The contracts stated that if Trump refuses to vacate the office, the contract will be settled to $1 if Trump remains President till February 1, 2020, and $0 otherwise. The launch of a futures contract is the first attempt of the crypto industry to cash in voter climate ecosystem during US Presidential elections.

The Exchange restricts the trading of futures to countries like the Europen Union, Hong Kong and Canada. Surprisingly, the contract is banned in the place of the election that ultimately reflects the value of the contract, i.e. the United States.

The Rollercoaster Of US Presidential Elections

This year the betting on elections will be more active in terms of volume as the presidential candidate Donald Trump is the first incumbent president who faced the impeachment trials. The re-election of Trump has the potential to raise the eyebrows of many investors but can prove as huge profit for others.