Litecoin Cryptocurrency | How is Litecoin Different from Bitcoin

Cryptocurrencies continue to take the world by storm again this year with Bitcoin and altcoins recovering its prices. From the very beginning of the year, not only Bitcoin but altcoins too are showing significant surges in their price. Recently, on February 9, Bitcoin for the first time since September 2019, breaks the resistance above 10,000. The upsurge in the industry's leading cryptocurrency has shown significant effects on the entire crypto market. A handful of altcoins including Ethereum, Bitcoin SV, Litecoin etc. followed Bitcoin's surge with most of them achieving gains of 25%. Now you might wonder, how is Litecion different from Bitcoin or how any of these altcoins different from Bitcoin?

If you are new to crypto and haven't heard of Litecoin yet, then you must read this article. In simple words, altcoins refer to all cryptocurrencies except Bitcoin. The first altcoin, created following the success of Bitcoin was Litecoin. Litecoin was established in 2011, after which a thousand more altcoins were created, for example, Ethereum, Ripple etc. Each altcoin is developed on different technology and comes up with its own vision to take on the world. Although Litecoin is also a cryptocurrency like Bitcoin, still both are fundamentally different from each other. Ethereum (ETH), Ripple (XRP), Litecoin (LTC), Tether (USDT) and Bitcoin Cash (BCH) are some of the most popular as well as significant altcoins (cryptocurrencies other than Bitcoin).

Litecoin was founded in 2011 as an alternative cryptocurrency to Bitcoin not to compete with it but to be silver to the gold (Bitcoin) by Charlie Lee, the former Google engineer and an MIT graduate. Just like Bitcoin, Litecoin is also based on a decentralised open-source blockchain. Both coins differ from each other in terms of features such as coin limits and block rewards, transaction differences and proof-of-work algorithm.

How Is Litecoin Different From Bitcoin? 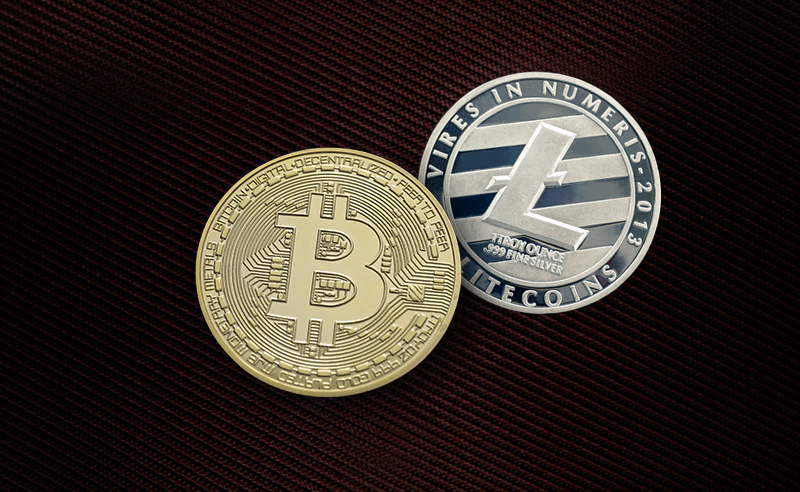 Bitcoin and Litecoin both are cryptocurrencies; hence they both have a lot in common. However, Bitcoin is still considered as the leading cryptocurrency, and for most of the people out there, cryptocurrency means Bitcoin, which is not the case now. There are thousands of altcoins, some of them including Litecoin, Ethereum, Tether, and Ripple seem worth investing. Let's know more about how is Litecoin different from Bitcoin.

Both the coins use a proof of work algorithm in mining.

The SHA-256 algorithm is more complex, unlike Litecoin's scrypt algorithm that can be mined on personal computers too, which save the extra expense of miners allowing them to participate more.

Litecoin transactions are much faster than Bitcoins; however, it has its pros and cons. In Litecoin, there are risks of creating orphaned blocks. The good thing is that Litecoin can create a single block in 2.5 minutes as compared to Bitcoin that takes 10 minutes. It means merchants using Litecoin won't have to wait much for processing transactions.

How To Buy Litecoin? 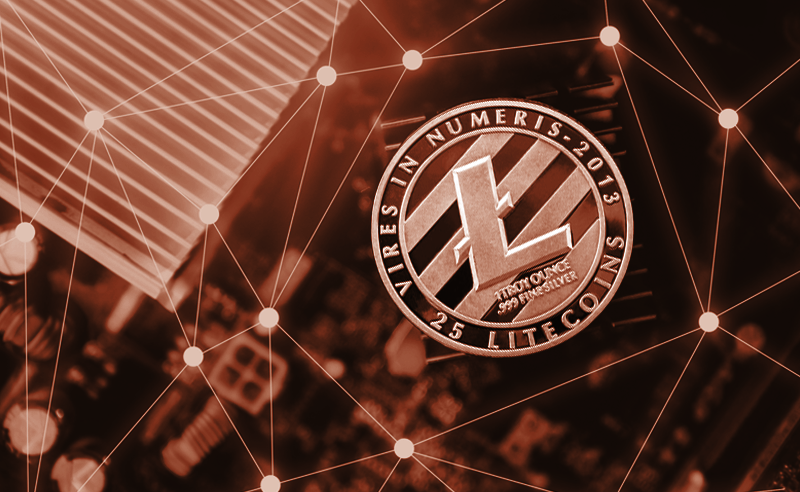 So, if you are not aware of the best Exchanges to buy Litecoin, don't worry, we are here to help. You might have heard about some of the popular crypto exchanges like Binance, Kraken, Coinbase etc. each exchange have its pros and cons and it depends on the need of user which exchange would be ideal for them. Like if you want to deal in Litecoin, we would put Coinbase on the top in terms of its low fees, availability as well as payment options available. Make sure to check beforehand if Coinbase services are available in your area or not. BitPanda, Coinmama, CEX.io, and Luno are some of the top crypto exchanges from where you can purchase Litecoin easily.

To buy Litecoin from Coinbase, follow the steps given below:.

Once, you purchase Litecoins, make sure you store them on a secure wallet and not in any of these exchanges. Crypto exchanges are rather risky if you are considering them as a wallet because of hacks and security breaches. For a significant amount of cryptocurrency, whether Litecoin, Bitcoin or any other altcoin, we suggest using a hardware wallet because of their security. Ledger Nano S and Trezor are the two best crypt hardware wallet in the market presently. In case, you can't afford a hardware wallet and want to go with a software wallet, then make sure you select secure one and not end up losing access to your assets.

What Could Litecoin Be Worth In 10 Years 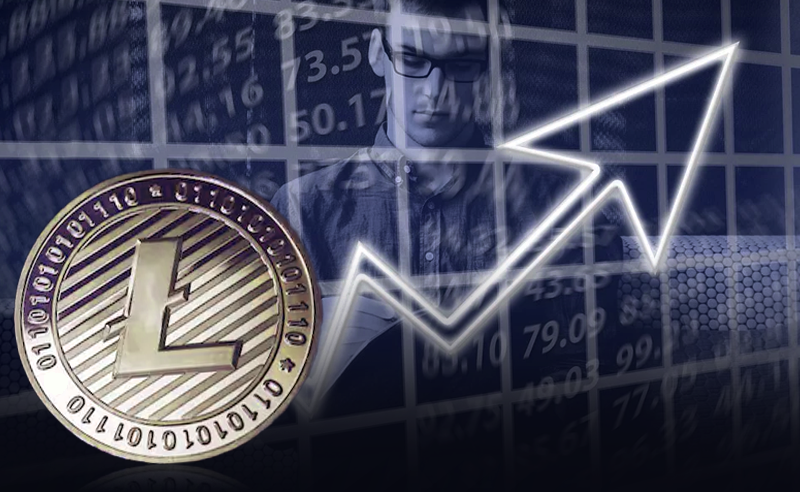 Choosing a cryptocurrency that would be worth investing in is not an easy task. You would have to research a lot, learn everything possible about them and cryptocurrency and then finally when you decide to go on with a particular asset; you will have to keep an eye on its market trends regularly. Do you know Litecoin upsurged in price more than 5000% in 2017 making itself one of the most successful altcoins in the world? Although Litecoin is not doing that well nowadays, the industry's best economists and investors have still so much faith in the altcoin.

Now that you know how Litecoin is different from Bitcoin let's see what the market's famous crypto personalities and publication have in mind about Litecoin success in 2020.

According to the technical analysis of some of the significant publications, Litecoin is a good investment in the long term basis. Wallet Investor, predicts LTC value to reach $22.95 by the end of the year, whereas other publications, including Trading Beasts, Long Forecast, Coin price and DigitalCoinPrice seems to have high hopes from the coin. According to Trading Beast, the price of Litecoin can reach around $47 by the end of 2020. Long Forecast predicts the value of LTC to upsurge to $55 by the year-end whereas Coin Price and DigitalCoinPrice anticipate it to go as high as $124 and $106 in 2020. 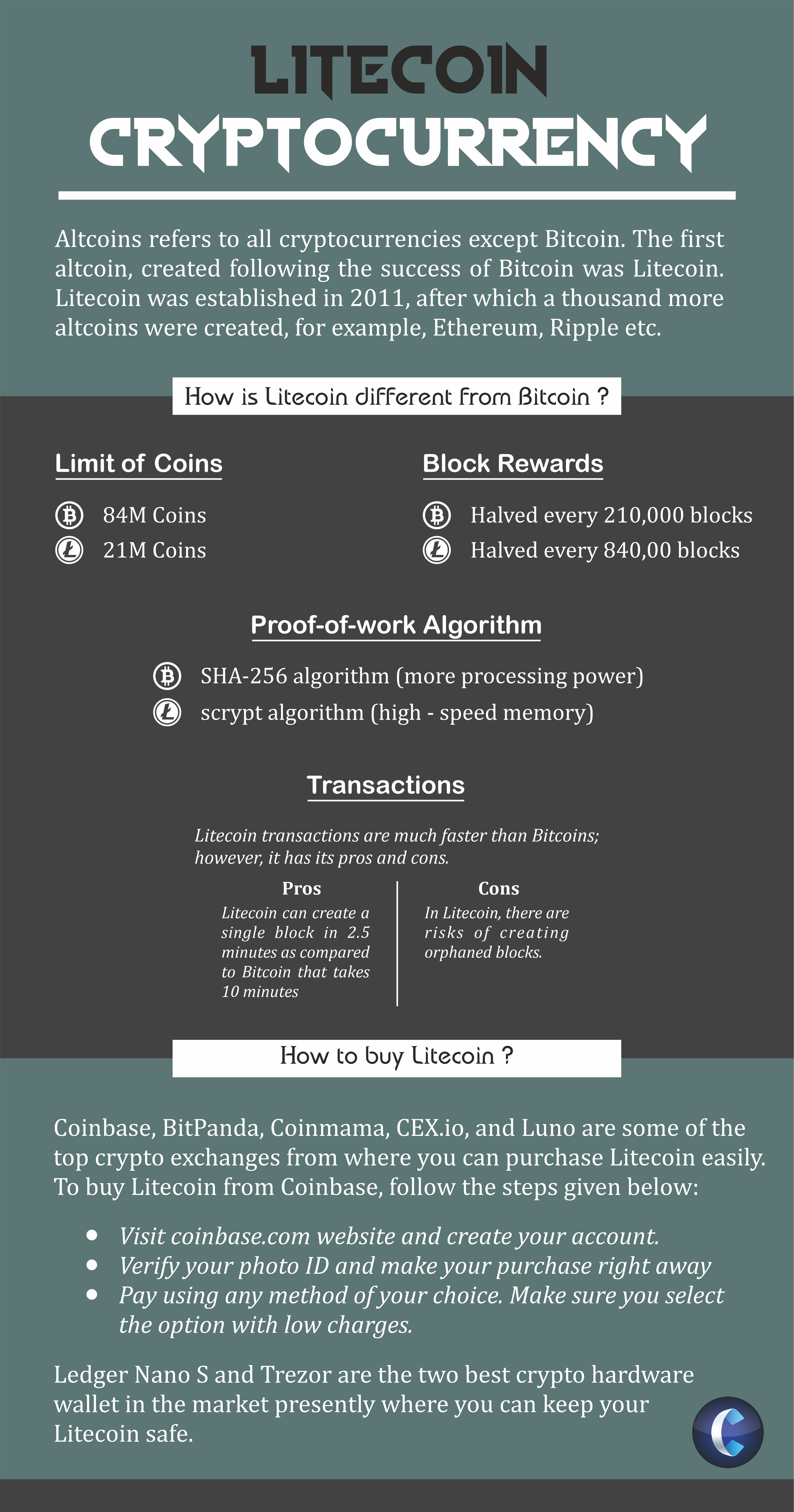 If you are considering Litecoin as an investment, then you might have found yourself questioning what Litecoin could be worth in 10 years? As per the technical analysis of coin switch, the value of Litecoin is predicted to soar as high as $1500 in ten years.