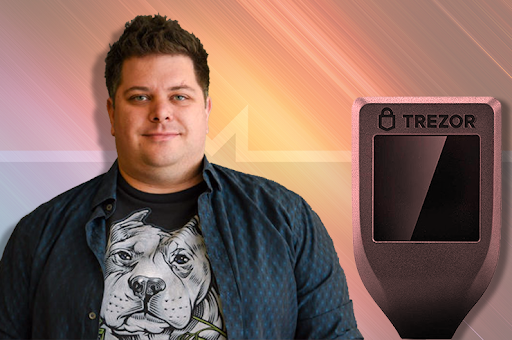 Breaching attacks in the crypto industry has made headlines over the years. Even platforms that have established a name for their formidable safety measures had their security threatened by malicious attackers.  The most notable case was that to Trezor hardware crypto wallet which was considered as one of the safest ways to store and secure digital assets. A recent report from Kraken Security Labs discovered some flaws that could allow hackers to exploit Trezor Wallets in just 15 minutes.

Recent Revelation From Kranken About Trezor

The recent disclosure of Kraken about Trezor hardware wallet’s vulnerability has posed some serious questions. In short, the Kraken Security Labs observed that both the Tezor Model T and Trezor One hardware wallets could be breached easily. The attack was backed by voltage glitching that could elicit an encrypted seed.

“Trezor, in particular, in its current form, is very prone to glitching attacks and so use a passphrase. It does make it more cumbersome, but at least the passphrase is not stored on the device, so it is almost like a second factor of authentication.”

In a similar episode, Managing Director of Litecoin Foundation, Charlie Lee, made another point. Charlie Lee featured on the suggestions of using ‘giveaway wallets’ and cited

“I have seen a lot of people giving away sealed Ledger. I think that is kind of a bad idea. Because you, kind of, want to make sure to buy your Ledgers and Trezors directly from the manufacturer. You never know if it is been tampered with and you do not want to take risks.”

It is not easy to manage one’s cryptocurrency, and among all the options available, hardware wallets were considered to be the best option as it is mostly offline. However, the recent discovery would surely make the manufacturers rethink their safety and security strategy for these wallets as well.