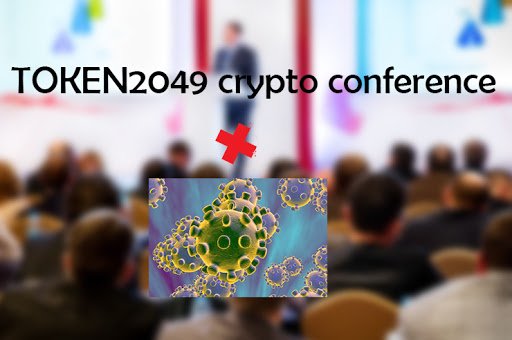 According to a declaration on Thursday, the TOKEN2049 crypto conference, which was planned to be organized in Hong Kong either on March 17 or March 18, had now been postponed to October.

A post from organizers read over past weeks they have been closely observing the global developments around the Coronavirus. Also, uncertainty prevailed, although Hong Kong was controlling the situation properly and had taken strict precautions to include any potential impact.

The post added that the event would remain similar in most aspects, such as schedule and venue, although it was postponed. And the agenda might be changed as new speakers were added.

The news came after some days when Binance forcefully had to postpone its Binance Blockchain Week in Vietnam, which was scheduled for 29th February to 4th March in the Ho Chi Minh City of Vietnam. On 3rd February Binance wrote they kept everyone’s health in safety and priority during their events, and among this Coronavirus outbreak, they have postponed the event to protect the attendees from health risks that could occur during public gatherings.  As yet, Vietnam event new dates haven’t been declared. The latest report from CNN stated that Coronavirus, also referred to as “2019-nCoV” – had infected under 31,000 people in over 25 territories and countries. Twelve cases were confirmed for the U.S., while three came from the U.K.

In Hong Kong, authorities have been ordering people who came from mainland China to isolate themselves for 14 days, the virus incubation period. Center for Systems Science and Engineering of Johns Hopkins University provided a live map that showed that the island now had about 24 cases of viral pneumonia, and recently observed first death from the disease beyond China.

On Thursday, a doctor from China died from an illness from the Coronavirus. He was the one who warned people about the potential severity of the Coronavirus and has now been adorned on the ethereum blockchain. Earlier on Friday, a smart contract on ethereum blockchain was developed which had source codes signifying a monument to Dr. Li Wenliang. The local police reprimanded him because he sent false information.