A Detailed Guide On How The Hashing Algorithm Functions

What Is Hashing Algorithm in Cryptography? 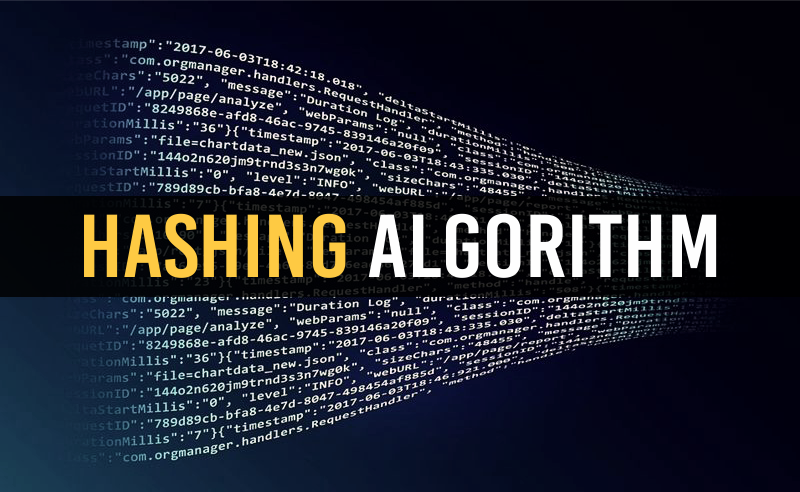 Think of it like if you want to send an important message to someone. Now it is necessary that the message you’ve sent must reach the addressee in a complete piece without any changes in it. You never know if someone alters the data in between and sent the wrong message to the addressee instead. So what would you do to verify that the message is the same as you’ve sent? You can contact the person and ask him directly or sent it a couple more times. Seems like right huh! Now think of the message to be very long in size and how much time it would take to send it multiple times. That’s really boring and time-consuming. Here comes the role of Hashing Algorithm.

Hashing Algorithm helps convert a specific text or data into a specific hash value. The hash value is unique for every data and no two has values can be the same.

Let’s understand it better with an example of Joaat hash algorithm.

If you convert “how the hashing algorithm functions” using Joaat hash algorithm the encoded string would be 38136d25. The outcome is known as the Hash value. If you’ll convert “algorithm” using Joaat hash the hash value would be 68cbf8d0. You see both the text was different and of different size, however, the outcome is of a specific size. Hashing compress data to a particular size so that it would become easy to verify files easily. Instead of verifying the entire data, their hash value is compared.

Unlike encoding and decoding, hashes cannot be de-hashed because they are irreversible. Moreover, each hash value is unique and that no two hash values can be the same for two different files or data. However, it’s not true for all hash functions in cryptocurrency as well as other technologies. Many of the hash functions have been manipulated by hackers for example MD5. If one could create the same file with the same hash value as the other, they can manipulate the entire data. Such attacks have happened in the past where the attacker succeeded in manipulating the original data by cracking the hash function. MD5 hash algorithm was one of the most used algorithms of its time until it was announced useless due to the same reason. It was used in cryptography for so long that attackers found out the way to manipulate it and create hash collisions. Now, it is even possible to crack MD5 algorithm using Google.

The Values Of An Ideal Hash Function In Cryptocurrency

For a Hash Function to be ideal, it should meet the following standards:

Now that you know about the criteria needed for a hash function to be perfect, you can differentiate between a good, secure blockchain and the one that can be compromised. If you are looking to understand cryptocurrency trading and get your hands better at it, you might want to read “Beginners Guide for Technical Analysis Of Cryptocurrency”.

Most Common Types Of Hash Functions 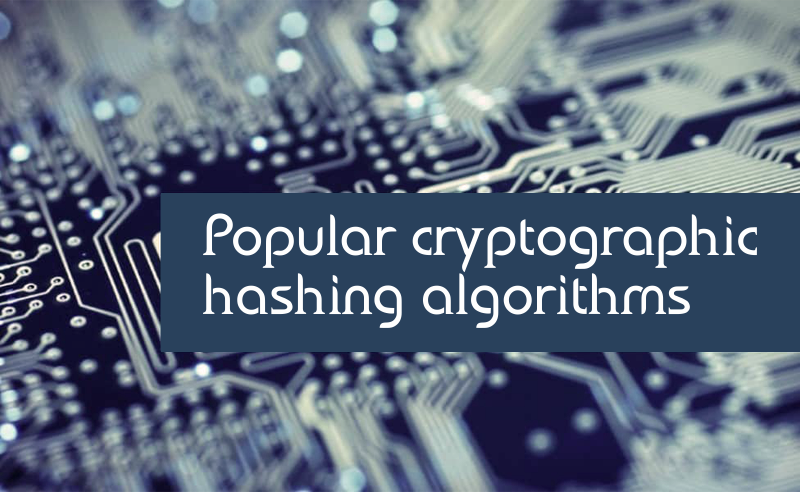 Some of the Popular Types of Hashing Functions in cryptography are Message-Digest Algorithm (MD5) and Secure Hash Algorithm (SHA). There are multiple algorithm functions in the SHA family, the first one being SHA-0, the second SHA-1, then SHA-2 and the latest SHA-3. Now there are three hash functions in SHA-2 family, SHA-224, SHA-256, SHA-384, SHA-512, SHA-512/224, and SHA-512/256. If you remember Bitcoin based on SHA-256 hash algorithm, however, Ethereum used a much-modified and the latest version of SHA family i.e. SHA-3 (KECCAK256) algorithm.

Except for SHA2 and SHA3, all the other hashing algorithms mentioned above have been compromised. MD5 which was at the time one of the most common hashing algorithms was compromised and announced useless. It was full of vulnerabilities and there were instances when attackers succeeded in created two different data with the same hash values and manipulated the original data. The algorithm is so easy to crack now, that you can even convert data to MD5 hash value through google.

Both SHA-0 and SHA-1 have been compromised years ago and the latest SHA-2 and SHA-3 came into play. SHA-3 algorithm, though named similar to other SHA algorithms follows a completely different mechanism.

You might consider SHA-2 and SHA-3 the safest and ideal, but you know what the same was thought about MDA-5 and SHA-1 at a time. IT sector keeps on evolving and creating the latest technologies and so are the attackers. Only the latest is considered the safest until another comes in line. Currently, SHA-2 is being utilized in most of the blockchains but the time isn’t far when it would be compromised too. Although, if you are considering to purchase cryptocurrency, you must look at other aspects besides how hashing algorithm functions. Ethereum uses the latest hashing function and hence better than Bitcoin in this matter but Bitcoin certainly is leading the race due to various other factors.

If you want to know more about cryptocurrencies and cryptography, you must subscribe to our news and guides and stay updated with the latest technologies.