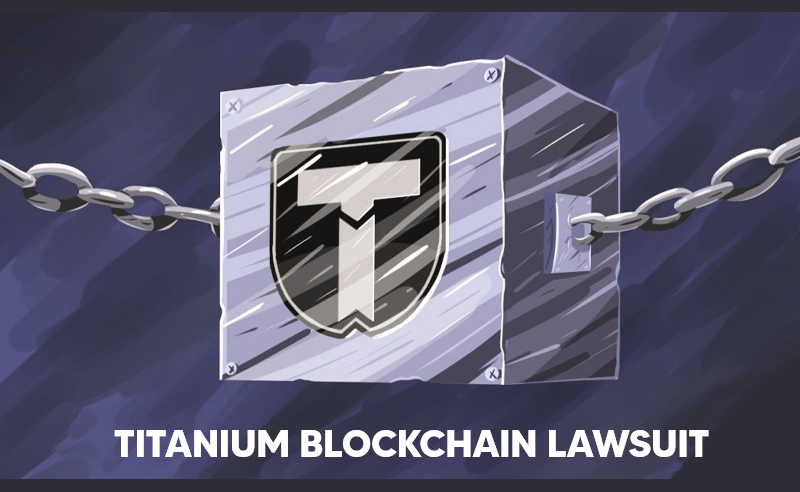 Titanium Blockchain was launched in 2018 and raised a massive amount of $35 million by their ICO. ICO of Titanium captivated the interest of the investors as it was not a normal ICO but accredited by well-established organizations of Dun and Bradstreet (data analysis) and Better Business Bureau (not-for-profit trust ratings) as per the Titanium Blockchain news.

Titanium Blockchain had the vision of “Infrastructure As A Service” or IaaS providing things like servers, routers, firewalls, and switches. Titanium took the responsibility as the third-party service provider for the companies willing to lease or rent out their bandwidth services instead of purchasing their own services. Basically, the infrastructure needed to maintain the services is meant to be provided by Titanium.

Titanium Blockchain also aimed to target the “Platform As A Service” for the shared services offered by companies like GoDaddy or Amazon Web Services.

Tel Aviv based Titanium Blockchain company claims to be a research, development, and consulting company aiming to expose corporations with Blockchain technology-based solutions. From elaborate planning to product architecture to outlining the R&D processes and final execution in providing the infrastructure, Titanium owned the responsibility.

How Titanium Is Different From Other Blockchain?

In May 2019, the head of SEC enforcement Division announced that the ICO launched by Titanium was purely based on a blitz of social media marketing aiming to deceive investors with purely fictional claims for making businesses. He spread the word of caution to investors against the fraudulent ICOs.

As per the further details, Titanium was involved in an “Inflationary scheme” to earn profits for deceiving investors.As per the statement, fake testimonials and false claims of hyped corporate relationships were used to brag the credibility of the company and duping the investors. They created the hype of a sense of urgency to prompt the investors to buy hurriedly without noticing the minute details.

SEC had filed the charge sheet or Titanium Blockchain lawsuit against the company and clarified about the following violations:

Violations led to the issuance of the temporary order of restraining by the SEC and freezing of assets for the time being allegations were proved false.

Again An ICO Scam! Be Cautious!

ICO scams have become the trend in crypto spaces the industry is growing gradually. REcoin, Diamond reserve, and many others have duped the investors by their lucrative ICOs. But the regulatory environment is getting stricter day by day to reduce the number of scams related to fake ICOs. It is the responsibility of investors also to double-check all the information before investing in any ICO, especially in lucrative one. Investors must verify the background information of the company, team members, past records, and many more. Licenses related to issuance of tokens, regulatory compliance, and many more must be checked by the community before investing in any ICO. Testimonials could also be verified by simply contacting the person on whose name it has been issued.

If you are on the issuer side and do not wish to invite the SEC on your doorstep, you must adhere to the business model, visions, operations, press releases, and other documents, which are genuine having the authenticate documents. Social media campaigns must not be hyped and must portrait the true intentions of the project. Genuine issuers must strictly follow all the regulatory protocols, including every legal aspect. Misinterpretation of documents must not hamper the image of the project or ICO before the investors who might feel deceived.

Thus it can be concluded that investing in Blockchain projects can be highly rewarding but the fraudulent practices sometimes shakes the credibility of the whole of the industry. While the regulators are trying hard to maintain the safety of the investors, thereby compelling the new projects to follow the rules strictly. But investors themselves must be aware of the projects before investing in any ICO.